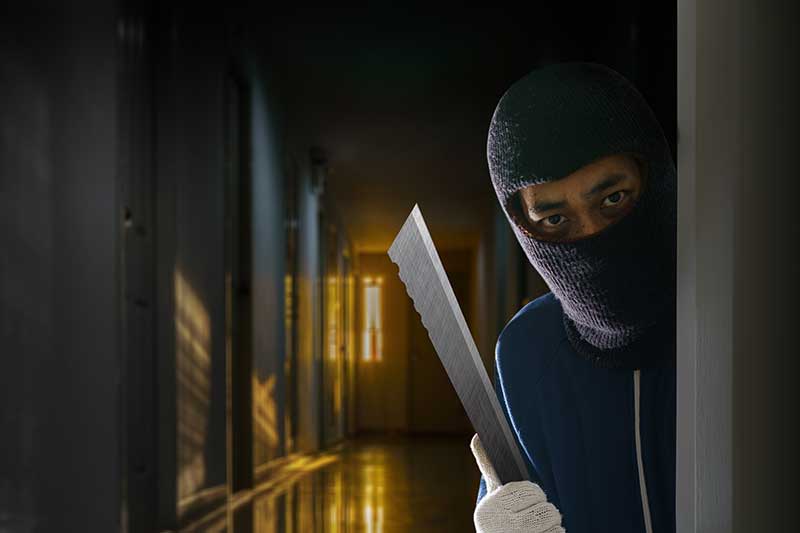 In this article we cover everything related to assault with a deadly weapon, which is another of the crimes that our violent crimes lawyer deals with. California Penal Code 245 defines it as the intentional attempt to injure another person with a deadly weapon.

If you have been charged with assault with a deadly weapon, the Los Angeles criminal lawyers at Lluis Law can help.

Request a private consultation and we will gladly offer you answers to your concerns.

The Crime Of Assault With A Deadly Weapon In California

Assault with a deadly weapon is also known as “ADW”. Deadly weapon means any object used to cause bodily harm to another.

To establish this crime under California law, it must be proven that the defendants:

Great bodily injury refers to those injuries in which the person suffers significant physical harm:

To establish the charge of assault with a deadly weapon it is not necessary that the victim was necessarily injured. The key is whether during the act, the defendant could have applied force against the victim and not whether they actually fired the weapon or applied force.

What Is A Deadly Weapon?

The legal definition of a deadly weapon is quite broad and can include:

Unlike other states, body parts (hands, feet, knees, teeth) are not considered deadly weapons in California. Regardless of whether they could cause serious bodily injury or death to another person.

A good violent crimes attorney can refute the prosecutor’s accusations based on a timely defense strategy. Charges and a person’s arrest for ADW do not always result in convictions.

The most common defenses for this crime include arguments such as:

Penalty For The Crime Of Assault With A Deadly Weapon

Under the California Penal Code, assault with a deadly weapon can be classified as a “wobbler” crime. In this sense, the prosecutor could accuse the defendant for a misdemeanor or felony:

It is punished with:

It is punished with:

There are two scenarios that aggravate the crime and, therefore, the penalties are more severe:

Individuals convicted of this crime lose their right to own and bear arms. Can you carry a concealed weapon in California? This is another topic that we have covered on our website.

If the ADW offense is committed with an ordinary firearm, it could be punished as a wobbler . The only thing that changes from the penalties mentioned above is the prison time.

For misdemeanors, sentences are a minimum of six months.

When the crime involves other types of firearms, the penalties increase up to 12 years in prison. For example:

2. Assault on A Police Officer Or Firefighter

The crime becomes a felony and is punishable by up to five years in state prison when:

Does Assault With A Deadly Weapon Count As A Strike In California?

It all depends on the circumstances surrounding the event. The three strikes law in California applies when the:

If the crime does not meet these three assumptions, it does not qualify as a “strike”.

This is possible with the help of a specialized criminal lawyer. To obtain a criminal record expungement the defendant must successfully complete:

Even if a probation period is violated, the judge can still grant a expungement by cleaning criminal records. This is especially important when an individual needs to qualify for a job, apply for mortgages or for studies.

If you need to clear your criminal record, the lawyers at Lluis Law are specialists in the field. We also offer our services as certified immigration attorneys.

Some crimes in California, including assault with a deadly weapon, have immigration consequences. Find out more about deportable offenses and crimal bars to citizenship.

How Can It Harm Me If I Am An Immigrant?

Being considered a felony, assault with a deadly weapon can impair a national foreigner’s legal status. For these cases, California law establishes that the person accused of these types of crimes can be:

However, early intervention from an experienced violent crime and immigration attorney can fix it. The Los Angeles immigration lawyers at Lluis Law have more than 50 years of combined experience helping aliens accused of various crimes.

We can be your defense against deportation. Do not hesitate to contact us if you are facing a process in which you may be deported from the country.

Assault with a deadly weapon can be related to other weapons, drug, and robbery crimes. For example:

What Is Simple Assault?

Simple assault is considered the intention to cause violent harm to another person. It can be by throwing a punch, a kick or throwing a blunt object at him. Although the other person was not harmed, it is the intent that counts for this crime.

In our blog “What is assault” you will find detailed information on this topic.

What Is Meant By “Brandishing A Weapon Or Firearm”?

California Penal Code 417 PC states that a person commits this crime when:

A substantial difference between this crime and ADW is that the defendant can be convicted even without proof of assault.

What Is Considered Assault On A Public Official?

The Penal Code 217.1 PC, establishes that this crime is configured when:

The difference with ADW is that in this case the law makes it a crime to assault a public official, even if the defendant did not use a deadly weapon to commit the assault.

Two other crimes similar to this are:

Not Controlling A Dangerous Animal is Considered An Assault?

Similarly, a person can be charged with committing assault with a deadly weapon using a dangerous animal if:

If you have been involved in a similar situation, you may need an experienced Los Angeles dog bite attorney.

Differences Between Assault With A Deadly Weapon And Attempted Homicide

Assault With A Deadly Weapon Lawyers In Los Angeles

Since it is a “wobbler” crime that can be prosecuted as a misdemeanor or a felony, there is big room for the judge to decide. The sentence for an ADW will depend on the defense and the attorney’s ability to refute the prosecutor’s arguments.

Of course, there are other elements that weigh on the sentence. Whether or not the victim was injured, their age and that of the defendant. The criminal record of the defendant and the evidence submitted by the accusing party.

What We Can Do For You

Having an experienced, capable and committed violent crimes lawyer is what allows you to win lawsuits. At Lluis Law we have litigated for more than four decades in California courts dealing with these cases with good results.

Feel free to call us if you have been charged with assault with a deadly weapon in California. Request a professional consultation to explain the law, your benefits, and your options. The testimonies of those we have defended are our best letter of introduction.