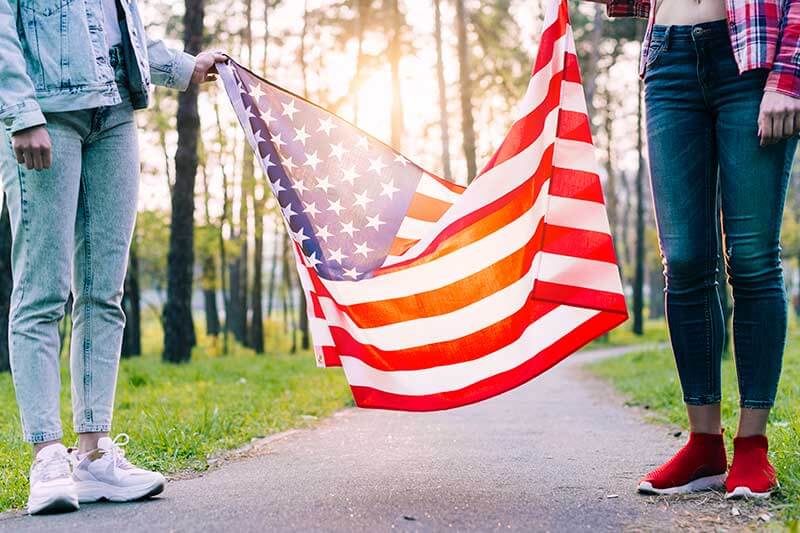 Aliens who are eligible for asylum in the USA can obtain a form of protection from removal from the country.

If you need legal assistance to file an application for political asylum in the United States, the immigration lawyers in Los Angeles at Lluis Law will be able to help you effectively in this process.

The United States recognizes the right of asylum to certain aliens as specified in international refugee law. According to the annual report of the Department of Homeland Security (DHS), in 2020 asylum was granted to 31,429 individuals.

If you are a national foreigner and believe you qualify for this immigration relief, do not hesitate to contact our firm. The immigration attorneys at Lluis Law have over 50 years of combined experience dealing with these matters.

The US Supreme Court ruled on June 30, 2022 that President Joe Biden can end the Migrant Protection Protocols, known as “Quédate en México” (Remain in Mexico);

This is a victory for the right to asylum, but still the majority of applicants at the US-Mexico border continue to be removed under Title 42 without having their requests for protection considered.

What Is Political Asylum In The United States?

Political asylum is a form of protection that allows aliens to remain in the United States. This protection prevents them from being deported to their country of origin where they fear being harmed or persecuted.

Aliens can qualify for political asylum in the USA if they can prove that they are persecuted in their country of origin for any of the following reasons:

Also, applicants can only apply for asylum if they are physically present in the US and are not US citizens.

Note: Persecution is a type of serious abuse that damages the life or liberty of an individual. Generally, it can include harassment, severe physical harm, illegal punishment, threats of harm and others.

What Are The Benefits Of Applying For Asylum In The USA?

Asylees will be protected from being returned to their country of origin. In addition, they will be able to access the following benefits:

Types Of Asylum In The United States

There are two types of political asylum in the USA:

Affirmative asylum is the standard asylum sought by individuals who are not in any deportation or removal proceedings. The applicant must be present in the US and can apply for this right at any port of entry into the country.

When asylum seekers are already in deportation or removal proceedings from the US through immigration court, the process becomes one of defensive asylum.

The individuals petition the government to reverse the deportation decision and allow them to continue in the US as asylees. An immigration judge will make the decision, regardless of any prior decision by USCIS.

An asylum case can become a defensive case if one of the following occurs:

Individuals in defensive asylum must go to removal hearings in immigration court. The Immigration and Customs Enforcement Service (ICE) is responsible for the arguments against the applicant and in favor of her deportation.

If you find yourself in these cases, you have the opportunity to defend yourself and have an attorney. Our attorneys are experts in representing aliens in immigration court.

Asylum Process In The United States In 2022

The process for applying for asylum in the USA is as follows:

What Happens If I Do Not Submit The Asylum Application On Time?

Applicants may only apply for asylum within one year of their last entry into the US, unless they qualify for a waiver of that requirement. If they do not submit the form within the stipulated time, they will not be eligible to apply for asylum.

An exception to the requirement to file within one year is made if the alien can show that the delay was due to an extraordinary circumstance or because there was a change that affected his or her eligibility.

The Immigration and Nationality Act (INA) establishes several exceptional circumstances within one year. Among the most common are:

Consult with our experienced immigration attorneys at Lluis Law to find out if you qualify for an exceptional circumstance at the time of this application.

The spouse and unmarried children under the age of 21 of the asylum seeker can also benefit from this immigration benefit. Regardless of whether or not they are present in the US To do so:

What Documents Are Needed To Obtain Asylum In The United States?

Documents For The Day Of The Affirmative Asylum Interview

What Are The Disadvantages Of Political Asylum In The United States?

The biggest disadvantage of applying for asylum here, obviously, is that the beneficiary cannot travel to their country of origin and sometimes to other countries or within the same country.

In addition, the government can exercise control or supervision activities over the asylum beneficiary for reasons of State security.

Our attorneys have advised hundreds of immigrants to obtain this immigration relief. They have even helped them know how to legally enter the United States.

How Long Does It Take To Obtain Asylum In The USA?

USCIS may require additional processing time if the applicant:

Generally, in these scenarios, USCIS could send the decision of the case to the applicant by mail. Similarly, applicants can also check their case status online through the USCIS website.

How Long Do Asylum Interviews Take?

What Is a Credible Fear Interview?

The credible fear interview is an interview that the USCIS officer conducts to the asylum applicant to verify that there is a solid existing basis in the fear of returning to their country of origin.

Can I Reschedule The Asylum Interview Appointment?

Applicants can reschedule their asylum interview appointment, but they will need to send a letter to the asylum office where the interview is scheduled. The letter must include the reason and relevant evidence needed for your rescheduling.

Who Qualifies For Asylum In The United States?

Who can request asylum in the USA? Under US law, individuals who flee their countries because they fear persecution may qualify to apply for asylum in the United States.

However, it should be noted that in some circumstances, the alien may not be eligible to apply for asylum.

Who Cannot Request Asylum In The USA?

If one of the following circumstances occurs, the alien will not qualify for asylum:

If for some reason you do not qualify to apply for asylum, do not worry, you may be able to qualify for other immigration relief. Our immigration attorneys are specialists in deportations, so they can help you in this scenario.

What Are other Forms Of Immigration Relief Similar To Asylum?

What Is Needed To Apply For Asylum For Venezuelans In The United States?

To apply for asylum, Venezuelans must file Form I-589 within 1 year of entering the United States. This application process is the same for any national foreigner.

Keep in mind that it is not easy to get asylum in the USA, so it is advisable to consult with an immigration attorney to find out if you are eligible before applying. Our lawyers at Lluis Law will be able to help you with this matter.

There is currently a project for Venezuelans known as the Venezuelan Adjustment Act. As of the date of the article, it has not become law, but if it were, it could allow Venezuelans to more easily apply for a Green Card.

Asylum seekers must go through an evaluation beyond biometric data to determine that they do not have current or past criminal associations or suspicious activities. This includes:

Some of the government agencies that work with USCIS are: The Department of Defense (DOD), ICE, the National Counterterrorism Unit, the Federal Bureau of Investigation (FBI), and the Department of State (DOS).

How Long Does Asylum Last In The United States?

Once an individual has been granted asylum, they can remain in the United States indefinitely. Additionally, asylees will be able to apply for a Green Card within one year of entering the United States.

What Happens After USCIS Grants Asylum?

After an individual is granted asylum by USCIS, they can legally live and work in the US The beneficiary will have access to medical assistance through the Office of Refugee Resettlement (ORR).

Can I Appeal My Asylum Case?

If the applicant has had their asylum application denied, they can appeal their case to an immigration judge to have the application re-reviewed by that judge.

Note: EOIR stands for Executive Office for Immigration Review. If you want to know if you can win an immigration appeal process, check our corresponding blog.

Now that you know how asylum works in the USA, this process can be complex, especially the defensive one. This is because the applicant will generally be detained for a short period of time.

During these periods, the applicant will be in deportation proceedings, so it is essential to have an experienced immigration attorney by your side to resolve these situations.

The lawyers at Lluis Law have the prestige of having more than 50 years of combined experience in this matter. If you are looking for solid defense or legal advice regarding affirmative or defensive asylum or any other immigration process, do not hesitate to contact us.