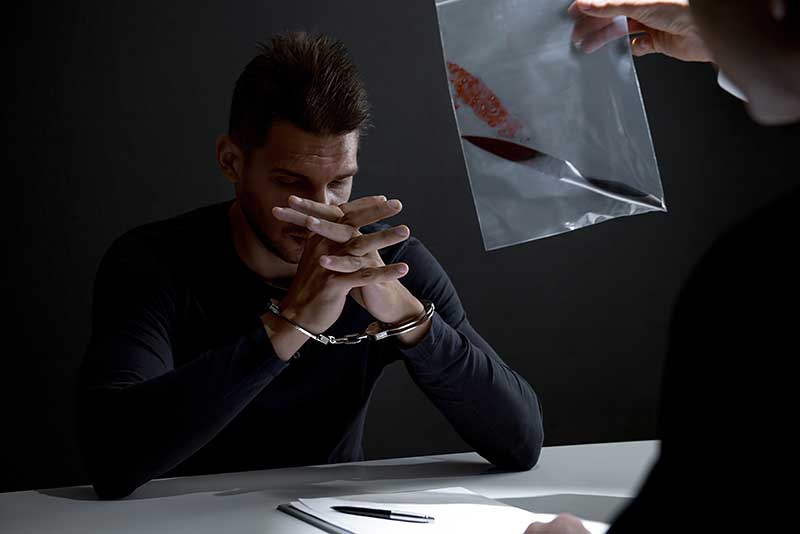 If you have been charged with attempted murder, the Los Angeles criminal lawyers at Lluis Law can help you. We have been fighting together with our clients for more than four decades to safeguard their rights and obtain their freedom.

In this article we explain everything related to the topic. The elements that constitute the crime of attempted murder, the penalties and the possible defenses available in California.

Call now and you will get a professional no-obligation consultation with any of our violent crimes lawyer.

Charge of attempted murder in California

This crime is typified in Penal Code 664/187 (a), which defines it as the attempt to kill another person without success.

To constitute the crime of attempted murder, two fundamental elements are required:

The attempted murder can also be committed against a fetus and is equally punishable by law.

A direct step passage refers to the determination to kill another. It is not just the planning of the murder but the overt action of killing. So, having failed, it was due to an external factor, not the person’s decision.

An example of direct step is basically shooting someone or stabbing them in the chest. It is also considered an attempted murder to pay another to commit the crime.

Buying or loading a firearm is not considered a direct step. That would be more like preparing for the murder.

As for the intention to kill, prosecutors must demonstrate the defendant’s stated intention to murder. Intention to harm or injure is not enough.

In determining intent, the type of injury caused and its location are very important. Injuries to the upper body generally suggest more intent to kill.

The attempted murder is divided into two types, as is the crime of murder Penal Code 187 (a) CP: L

2. Attempted second degree murder (includes all other types of this crime).

The attempted murder is punishable by prison terms and fines. Attempted first-degree murder may be punishable by life sentence in a state jail.

There is the possibility of obtaining parole for the sentenced person. However, if the crime was committed against a public servant (police, firefighter, lifeguard and others) the minimum mandatory sentence is 15 years.

Instead, attempted second-degree murder is punishable by prison terms of between five, seven and nine years. Incarceration must also be served in a state prison.

The additional sanctions for this crime (in first and second degree) are:

Since we are talking about a violent crime, attempted murder charge in California will count as a criminal record fault. As provided by the law of “Three strikes”.

This means that individuals convicted two or more times will face a life sentence on their third conviction. Even if the third felony conviction is still not a fault / strike.

For example, whoever commits an attempted murder will have accumulated a strike. If you commit a new felony, it will add a second fault. Therefore, the person will be sentenced to double the time required by law.

If you are charged and convicted a third time for a felony, you will have completed all three strikes. You will then be punished with life imprisonment and must serve a mandatory minimum sentence of 25 years in state prison.

In addition to the penalty enhancers mentioned above, California Law provides other penalties. The 186.22 (a) CP imposes additional sentences for criminal street gang.

The punishment increases for

“Any person convicted of a serious crime committed for the benefit of or under the direction of, or in association with a criminal street gang (…)”.

To prove the crime, the prosecutor must clearly establish that:

If the person is found guilty of one charge of attempted murder and the crime is gang related the penalty will increase.

The additional punishment for the crime of attempted murder he/she will face will be 15 years to life in state prison.

If, in addition to being charged with attempted murder, you used a weapon, you will face an increased sentence. This is established in the Penal Code 1 2022 .53 PC. The consecutive additional sentence would be:

Immigration consequences of this crime

The attempted murder has serious implications for foreigners or legal immigrants. Being accused of this crime implies deportation from the country. Fortunately at Lluis Law we are also expert immigration lawyers.

We regularly attend to these types of cases. Depending on the circumstances, it is sometimes possible to obtain a cancellation of deportation or any other immigration relief.

Some other crimes may accompany the attempted murder or be related to the prosecution. Among the most common we can mention the following:

Evidence must demonstrate that:

The sentence for attempted voluntary homicide provides for a maximum prison sentence of 5 ½ years.

In California, the assassination attempt also involves the so-called kill zone theory. In other words, a person can also be found guilty of murdering any other person in the same place.

For example, shooting at a moving vehicle but instead of killing the target, kill a passerby.

The most common legal defenses against an attempted murder charge are as follows:

Or, the defendant participated in the planning of the act but abandoned the plans. This could change the classification of the crime.

What can we do at Lluis Law for you?

At Lluis Law we are aware of what an attempted murder charge means to you and your family. If you have been arrested or are under investigation for this crime or any other, come with us.

We can offer you a private consultation to discuss your case and see how we can help you. We will clarify all your doubts and offer you the solutions you are waiting for.

We have a combined experience of over 50 years dealing with these matters with complete success and good results.

If you decide to hire us, you can count on an aggressive and competent defense that will be with you accompanying you at every stage of the process.

Remember that being accused of attempted murder does not mean that you have already been convicted. When we take a case, we guarantee the protection of the rights of our clients with absolute willingness and honesty.