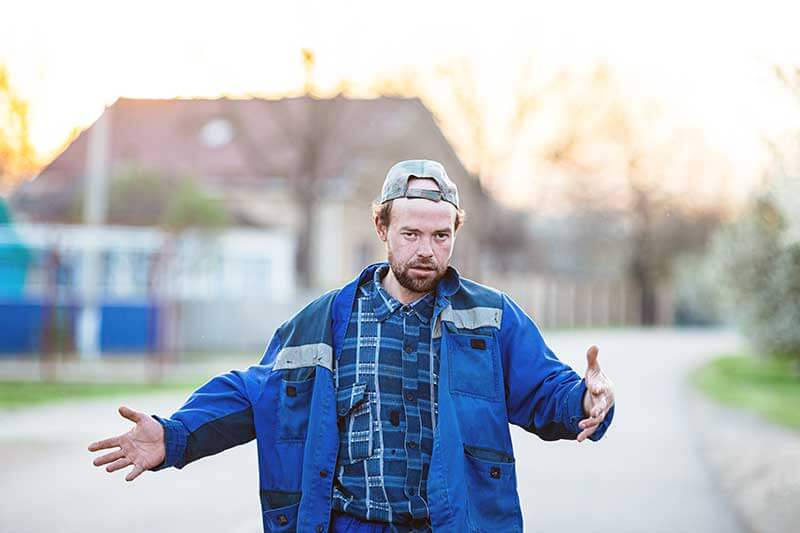 Did you know that being drunk in public could be categorized as a crime in California? In this article we explain in detail the legal complications that this type of situation entails.

We are Los Angeles criminal defense lawyers with over 50 years of combined experience litigating these matters. Call us and we can help you if you are facing a charge for this crime.

This crime is defined in California Penal Code 647f PC, which defines what it is to be drunk in public. It is constituted when an individual is visibly intoxicated in the street under the influence of alcohol or drugs.

Being drunk on the street means that the person:

State law punishes the crime of being drunk in public as a misdemeanor. A person charged with public intoxication with liquor or drugs can be punished with jail time and a fine.

Is it illegal to be drunk on the street or in another public place in California?

The mere fact of being drunk in public is not a crime in California. However, if the person is drunk in public under certain circumstances, as mentioned below, it is illegal.

If you are in a physical and mental state where:

Key to a charge for this crime is the behavior and conduct of the defendant.

How is public drunkenness proven?

The prosecution has to prove three elements of conviction for a person to be prosecuted for this crime:

Additionally, the prosecutor is required to prove that the defendant was deliberately drunk. In other words, the person’s drunken state was not the product of intoxication induced by other people.

It may happen that that person has been the victim of intoxication without their knowledge to rape or intoxicate them.

What is considered a public place or public thoroughfare?

It can be any street, sidewalk, corridor, restaurant, hotel, stadium, bar, nightclub or other place where people walk freely. Even the garden of a house, although not the backyard.

What if I am drunk in a private place?

This charge cannot be imposed on a person who is intoxicated in a private place such as their own home. As long as you don’t disturb your neighbors or display violent behavior capable of harming others, it’s legal.

You might even be drunk in public too. As long as you don’t cause problems for other people or put your own safety at risk. However, if you go out into the garden or on the sidewalk under these conditions, you could be arrested.

Possible defenses against a charge of drunkenness in public in California

Depending on the defendant’s defense and mitigating factors, a good criminal defense attorney may be able to get the charge dismissed or reduced.

The most common defenses to fight a street drunk accusation are these:

The defendant was not in a public place

One of the elements that must be proven by the prosecutor to establish the crime is that it was a “public place” . Therefore, if it is possible to show that the location was private (a house for example), out of reach of other people, the crime would not have been constituted.

The police would then have no reason to arrest the defendants and they should be released. Unless they were behaving inappropriately and their neighbors accused them of disturbing the peace.

The defendant was unintentionally intoxicated

The other element that must be proven during a trial for being drunk in public is the willfulness of the accused. The defendant must be under the influence of alcohol or drugs “voluntarily.”

Otherwise, there would be no crime, because the defendant could have been intoxicated by:

The defendant did not obstruct roads or interfere with other people

The third element that can become an adequate defense is that the defendant was at no time obstructing the way on public roads. Although the individual was under influence, they were not an interference or hindrance to anyone.

For example, the defendant was next to a dumpster where he or she did not impede the movement of pedestrians and cars. In such a circumstance, there was no reason for them to be arrested.

Another defense for a person accused of this crime is that they got drunk in a private place and was taken from there to a public place. For example, the police entered the defendant’s house and led him to the front door to arrest them there.

The defendant’s rights were violated

It is very common in these cases for law enforcement officers to overreach in arrest procedures. When a person’s constitutional rights are violated, the case could be dismissed or annulled.

There are situations in which the police beat the detainee for no reason or do not tell them what their rights are. An experienced criminal law attorney can sue for a dismissal of the charges if they prove such a violation.

What kind of penalties apply for being drunk on the street?

California law considers a drunk in public charge to be a misdemeanor and is punishable by:

At sentencing, the court could also substitute prison time for summary probation. Likewise, they could pay for their offense with community service instead of paying a fine.

For this, the judge will take into account the criminal record of the accused. If the crime falls under the California 3 strikes law, you will most likely not receive any benefits.

How serious is a public intoxication charge?

Public intoxication in California is a charge that qualifies as a misdemeanor. However, its criminal consequences will depend on the seriousness of the situation. Even more so if the charge is associated with other crimes.

The consequences are not only criminal (prison and fine) but also labor and family related. A public intoxication charge can potentially:

What are the immigration consequences for being drunk in public?

If an alien is convicted under PC 647(f), it could have serious consequences for their immigration status. It will also depend on the circumstances of the act and whether the crime is associated with other offenses or crimes.

A charge of drunkenness in public could be qualified / associated with deportable offenses. In other words, leading to the deportation or inadmissibility of the convicted person. Among them are the following crimes:

A Los Angeles immigration attorney who specializes in criminal defense cases can help you figure it out. Sufficient grounds must exist for an immigrant to be sentenced with deportation or inadmissibility. Therefore, a good defense is crucial.

Can a Penal Code 647f conviction be expunged from the criminal record?

Yes. A person who has been convicted of this crime may be able to remove it from their criminal record. This is established by Penal Code 1203.4, which allows any criminal conviction to be cleared.

When the criminal record for being drunk in public in California is sealed, it is out of the public eye. That is, from employers, clubs, educational or professional institutions, who cannot review and find out about these charges.

Criminal record clearance under PC 1203.4 applies as long as the applicant:

How long does public intoxication stay on the criminal record in California?

A public intoxication charge can remain on criminal records for up to 10 years. During that time both the police and DMW can see the conviction. Fortunately, as already indicated, this charge can be removed from the criminal record.

Typically, a DUI conviction does not show up on background checks.

How does a public drunkenness charge affect the right to bear arms?

In no way. If a person is convicted of public intoxication, it will not affect their right to bear arms. Nor in their use, unless they carry a concealed weapon without papers, which is punishable in California.

Crimes related to the charge of intoxication in public in California

These are the crimes that appear most associated with public intoxication:

1. Driving under the influence – DUI

Driving a car under the influence of alcohol or drugs (DUI) is classified as a crime under California Vehicle Code 23152(a) VC. It means that the driver is not physically and mentally able to travel on the street.

Consequently, you could be punished for a misdemeanor with:

If you want to know more about the topic please read our blog on driving under the influence (DUI) in Los Angeles.

California Penal Code 415 PC criminalizes “disturbance of the peace” by:

It is punishable as a misdemeanor with penalties of:

3. Loitering to solicit the purchase of alcoholic beverages – 303a PC

Staying around a bar to beg for alcohol is also punishable by law. People who ask other customers to buy alcoholic beverages in liquor stores and give it to them, constitutes a crime.

The crime of loitering and asking for alcoholic beverages Penal Code 303a PC is sanctioned with:

A person who, in addition to being visibly drunk on the street, confronts the police, commits various crimes. Resisting arrest in California carries penalties of up to a year in jail and a maximum fine of $1,000.

What do I do if I am accused of being drunk in public in California?

The most immediate thing is to contact our criminal lawyers in Los Angeles. If you call right now we can arrange a consultation with you to review the case and invoke the best defense.

An experienced public intoxication attorney can:

If you are facing public intoxication charges in California, there is not much to think about. Call us and we will immediately start working on your case. We are one of the most recognized criminal law firms in Los Angeles. We have been defending people accused of this crime for over 40 years.