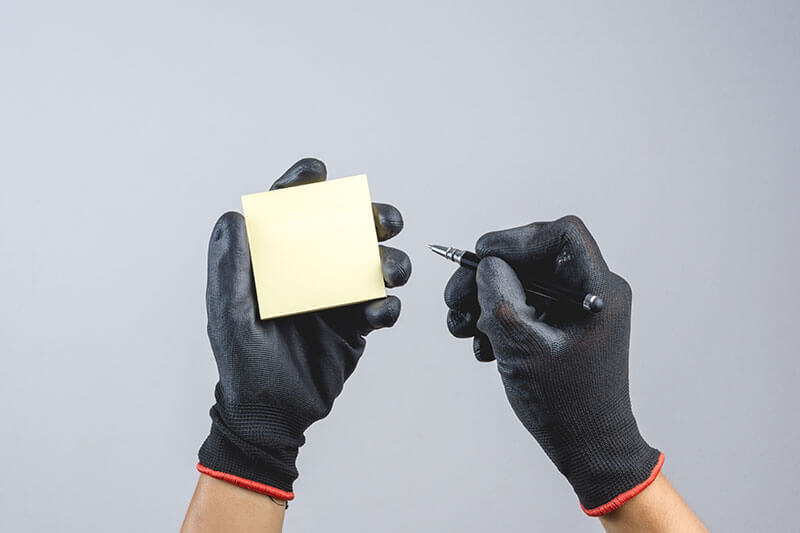 If you want to know how to clean a criminal record you are in the right place. Our criminal lawyers in Los Angeles can help you with anything you need. We have been providing representation and defense services in criminal matters for over 40 years.

In this article you will find all the information you need to know about how to clean your criminal record. This process is usually known as expungement or sealing and has consequences for people with or without immigration status.

Call us and get an answer to all your questions on the topic. We offer a comprehensive professional service to our clients, because we combine several areas of legal practice. We are expert los angeles immigration lawyers and experienced car accident lawyers in Los Angeles.

What is clearing a criminal record?

It consists of the cancellation or elimination of any criminal record of a person’s historical record. This has very positive consequences for anyone’s life due to its professional, work and social implications.

The history of a major or minor crime affects the professional and professional development of a person in various ways. From studying to getting a work license, taking out a loan, or being a member of a club.

To clean a criminal record will prevent a person’s public life and professional or business career from being stained forever.

The US law allows a person to request, through a lawsuit, the removal of underlying criminal records.

If the court agrees to clean the record, then it declares that the record is removed or sealed. When criminal records are sealed, no authority (police, court) can allow third parties access to such information.

However, in the United States, each state has its own rules in this regard. Consequently, there could be some evidence of the criminal record.

It refers exclusively to the dismissal of the sentence. This is established by the Expungement of Criminal Records Act in California in its Article 1203.4.

But other elements such as the record of the arrest, along with the criminal procedure and the conviction, still remain in the file.

Unless the judge includes a subsection or annotation in the file, where it indicates that the sentence was dismissed or annulled. Expungement of criminal records does not seal or destroy the person’s criminal record, it only omits or cancels the sentence.

Furthermore, sealing the criminal record will not be hidden from the view of immigration officials. Neither if you are accused of a hit and run in Los Angeles or arrested for drunk driving.

Background sealing has limits, as it only seeks to give people a second chance. If you want to apply for a job, a bank loan, carry out educational activities or pursue a professional career.

That is why the removal of records is also called the second chance law.

Criminal records are erased from public view, but not from judges or police if the person recurs. The cleaning of criminal records is a different resource to the presidential pardon, of the governor or of the special Council.

When a pardon is granted, the criminal record remains, but is rejected. As for the expungement it is as if they had not existed.

Likewise, when a person accused of committing a misdemeanor (felony) is found not guilty, he can request a Certificate of Innocence.

Theexpungement of a criminal record allows the person to:

How to clean up your criminal record in the USA in 2022 ?

Hiring a criminal lawyer who is expert in cleaning criminal records is crucial to carry out this process. The first thing you should do to begin the criminal record clearing process is to know what your record is.

Knowing what the criminal record contains is very important, especially if the person has received multiple convictions. If you hire a lawyer with experience in the criminal area, the process will be faster and safer.

To find out the criminal record in court you will need to know some details beforehand, such as:

Sometimes, and according to the request filed with the Court, the petitioner may need the following information:

Steps to request the removal of criminal records in California

Applying to have your criminal record expunged in California requires several steps. For this you must necessarily have the assistance of an experienced criminal defense lawyer.

Do it at least 15 days before the criminal history removal hearing is held. So you have enough time to review the case and object if you want.

Who qualifies to clean a criminal record?

However, it will be more difficult for the applicant to obtain approval for the background clearance if:

The nullity claim is a judicial remedy used to request that the court clears a person’s record. The term “Vacate” in this case means “cancel”, erase, or delete a conviction or ruling.

The California Penal Code (section 1473.7) allows individuals who are at liberty to file a motion to vacate a sentence in a criminal case.

This motion seeks to have the court overturn a previous judgment, order, or sentence of a court. To request it, the lawyer presents to the court a document that the judge must consider.

The motion to vacate the trial must prove that the requesting party did not have the opportunity to defend itself. That is, to properly present or prove your case due to the incompetence of the lawyer who represented you or for another reason.

These types of requests are very common in civil law cases (divorces, child custody and others). Also in various cases related to immigration matters.

The action may be based on:

When can the motion to vacate be submitted?

Before the Penal Code section 1473.7 became effective (January 1, 2017), there were limitations to vacate convictions. Most people had very little time to oppose a sentence. Generally, it was done by filing a request for habeas corpus  while in prison.

When released from jail or parole custody they lost the right to conviction. With the motion / request to set aside the sentence, this changed. The person may request the motion within a reasonable time after the judgment.

That is, after the accused is notified by the immigration court to appear, if applicable. Even when a definitive cancellation of removal is issued .

Depending on the legal matter in question, the filing of the application can range from 30 days to 1 year. After studying the case, your criminal defense and immigration attorney will be able to pinpoint when it is most appropriate to do so.

The presentation of a motion to vacate the judicial decision, supposes that there is a solid case. Doing so without sufficient evidence and legal argument can lead to its dismissal. The judge would then order the applicant to pay the legal costs of the proceedings along with the other party’s attorney’s fees.

Our criminal and immigration attorneys can help you better understand the law and your rights as an immigrant. Call now and request a private, no obligation consultation. We will answer all your questions on the subject.

How long does it take to clear the criminal record after serving a sentence?

The waiting time to file a petition / motion to expunge criminal records will depend on the type of crime.

Waiting times according to the type of crime

The following offenses must wait up to 5 years to file a background stamp petition:

If you want to file a motion to clear your BAC, you must also wait 5 years.

Some courts do not allow arrests and dismissed cases to be sealed when the person is serving a sentence. Likewise, if required by a court due to a new case.

Waiting time based on academic credentials

People who earned an advanced degree or a diploma in a technical career or GED have some prerogatives. They can apply to request the background seal before the waiting times mentioned above.

They can get your case sealed immediately if you were found not guilty or the case was dismissed. During the hearing where the person is found not guilty, this request / motion may be made.

Some courts require a fee to erase or seal a criminal record.

Our criminal defense attorneys can help you clean up your criminal record in California. We also offer representation in Los Angeles Immigration Court.