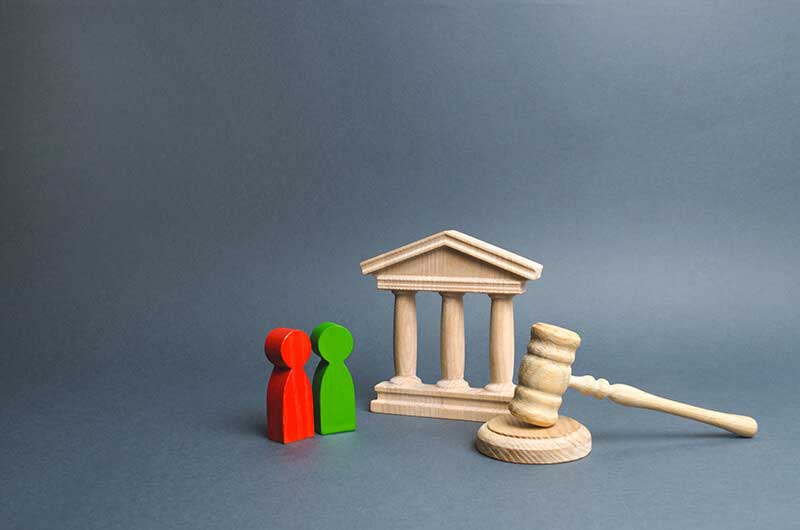 In this article we will look at how you can win an immigration appeal process and the different options that exist regarding a motion to reopen or reconsider.

If you or a relative need help appealing an unfavorable USCIS decision, our Los Angeles immigration lawyers at Lluis Law are at your service. You can contact our firm today so we can discuss your immigration situation.

What Is It And How Can You Win A US Immigration Appeal process In 2023?

An immigration appeal process is a request for a different authority to review an unfavorable USCIS decision. You can appeal some decisions against:

Note: Your notice of revocation or denial will inform you of the option to appeal the decision and where to file it.

What Are The Benefits Of Appealing To The BIA?

Keep reading, we will shortly explain important points about how you can win an immigration appeal process.

What Chance Is There Of Winning An Appeal?

The vast majority of appeals tend to have little chance of success. For example, in California, appellate courts only reverse judgments on civil appeals about 20% of the time.

Are you looking for a good lawyer to represent you in court? Our attorneys specialize in representation in Los Angeles Immigration Court. With us, the odds of success on an appeal are often higher than average.

How To File An Immigration Appeal?

Most appeals are often filed using Form I-290B, notice of appeal, or motion. However, there are exceptions in the following appeals of decisions about:

Note: The notice of adverse decision also indicates the form to be used in the appeal.

If you are a few days away from filing an I-130 petition, on our blog you will find an article where we explain step by step how to fill out Form I-130.

How To Appeal The Decision Of An Immigration Judge?

Both the alien and the government have the right to appeal the decision that the immigration judge makes during an immigration court proceeding.

If the judge issues an unfavorable decision at the hearing, the judge will ask the aliens if they want to appeal the decision.

How Much Does It Cost To Appeal An Immigration Decision?

Currently, the filing fee for an appeal with the BIA is $110. However, there is no fee to appeal an appealable asylum claim or bond. In addition, all notices of appeal must be accompanied by:

Checks and money orders must be made payable to the United States Department of Justice (DOJ). If a check does not clear, the application may be refused. Therefore, a money order may be the safest option.

The Department of Homeland Security (DHS) regulation, 8 CFR 103.7, specifies cases in which USCIS may waive the payment of the filing fee due to inability to pay.

There are different immigration appeals processes:

Similarly, there are also motions to reopen and reconsider. Next, we will check them in more detail:

What Is The Motion To Reopen?

The motion to reopen is a request to the USCIS office that issued an unfavorable decision to review the decision. This decision is reviewed based on new or changed facts supported by affidavits and other documentation.

The purpose of the motion to reopen is to demonstrate the immigrant’s eligibility at the time the original application was filed.

Note: You can file a motion even if your case is not eligible for an appeal. By “new facts” we mean facts that have not been submitted earlier in the process. These must be relevant to the subject of the motion.

If the application was denied due to abandonment, you may file a motion to reopen if you demonstrate the following:

What Is The Motion To Reconsider?

A motion to reconsider is a request to the office that issued the unfavorable decision to review a decision based on an incorrect application of policy or law.

This motion must show that the decision was erroneous based on evidence in the record at the time of the decision. The motion must be supported by regulations, appropriate statutory citations, or preceding decisions when filed.

Note: Unlike the motion to reopen, no new evidence or facts are taken into account.

How Long Does It Take To Resolve An immigration Appeal process In The United States?

It should be noted that the length of time it takes for an appellate court to resolve an appeal does not indicate what type of decision will be made.

How Long Do I Have To File An Appeal?

Some cases have a shorter term, such as the revocation of the approval, which is 15 days as the deadline. In addition, it should be noted that:

To find out where to file the appeal, please review the USCIS page regarding the filing of Form I-290B.

Note: If you send it by mail, make sure it arrives at the office within the stipulated time. Do not send your payments or fee forms directly to the AAO.

When Will I Receive The AAO’s Decision On My Appeal?

AAO attempts to complete the appeal review within 180 days from receipt of the complete case file. That is, after the initial review of the fields.

Some cases may take longer than 180 days for reasons beyond the control of the AAO. Examples of this may be a complex case that needs further evaluation or the need for additional documentation for the file.

What Happens If You Are Denied An Appeal In The United States?

In the event that an alien is denied their appeal to the BIA, they may be able to file another appeal. To do so, he must file it with the Federal Circuit Court of Appeals that has jurisdiction over the Immigration Court.

This court is located in the Los Angeles area, at the following address:

This court is located in San Francisco, at the following address:

Appeals to Federal Court must be filed within 30 days from the date of the BIA decision.

How Many Times Can A Case Be Appealed?

Whether or not a case can be appealed depends on several factors. For example, most of the time you can only appeal to the court above the court that decided the case.

In certain cases, appeals do not go to the appellate court. An example of this is when a first degree murder conviction occurs. If this happens, it goes directly to the Supreme Court.

On our website you will find a detailed and up-to-date article on the murder laws in California.

How And Where To File A Motion?

The motion is normally filed with Form I-290B along with the appropriate fee. In the event that the motion must be filed on another form, it will be indicated in the notice of denial or revocation.

Note: A written letter sent to USCIS is not a motion, you must use the appropriate form along with the fees or fee waiver.

Note: For asylum decisions you do not need to file this form or pay a motion fee. If the deadlines are not met, the director of the asylum office will decide whether or not to accept your motion.

What To Do If A Motion Is Denied Or Dismissed?

Only if the original decision was appealable to the AAO may you appeal again to the AAO.

If an asylum office dismisses or denies your motion in a case that received a final denial, you can file a new Form I-589, Application for Asylum and Withholding of Removal.

Can A Beneficiary Whose Visa Petition Was Denied Or Revoked File An Immigration Appeal Or Motion?

As a general rule, only the petitioner can file the appeal or motion for a revoked or denied visa. Unless they are VAWA self-petitioneres, widow(er) of a US citizen, or otherwise authorized to file for themselves.

In addition, the beneficiary of a Form I-140, Petition for Alien Worker, may be able to file a motion or appeal in a revocation-only proceeding. To do this, you must meet the following requirements:

Note: If you meet the last 3 criteria above as a beneficiary of a petition and with an approved I-140, you may provide evidence in response to a notice of intent to revoke.

What Types Of Decisions Can Be Appealed To The BIA?

The BIA can review many decisions by immigration judges, including reasonable fear and credible fear determinations. Matters the BIA may review include the following:

The BIA can also review appeals of DHS decisions regarding:

If you are about to file a family-based alien petition, we invite you to read our publication on family-based immigration.

What Issues Does The BIA Not Review?

Typically, the BIA does not have the authority to review decisions that have not been made by an Immigration Judge. Some matters that the BIA does not review include, but are not limited to:

The BIA also cannot review DHS denials of applications for adjustment of status.

Note: These appeals are often made to the AAO or to the agency that issued the original decision.

Immigration Appeal Process And Motions To Reopen Or Reconsider FAQs

In addition to questions about whether an immigration appeal can be won, we at the office receive many other questions about appeals and motions. Here we include some of the most frequent that we have not covered in the article.

Can I represent myself before the Board of Immigration Appeals?

Immigrants have the right to represent themselves during an appeal. However, appeals have several strict rules that must be followed to the letter. Furthermore, these appeals require thorough arguments.
For these reasons, most aliens are better off having an immigration attorney handle their appeal.

What else do I need to file an appeal?

When an alien was not represented by an attorney during their initial case, the judge provides the immigrant with an information guide. This guide contains various forms for your appeal filing.

Do I have to submit a brief with an immigration appeal?

For an immigration appeal, a brief is not required. However, one can be sent if the petitioner so wishes. If one is filed, any conclusion of law or misstatement that has the unfavorable decision must be identified.

How can I find out if the decision in my case can be appealed?

Information on appeal rights is included in the notice of revocation or denial.

How are the procedures carried out before the BIA?

The BIA does not generally conduct court proceedings, as it decides case appeals through paper review. On very few occasions, the BIA agrees to hear oral arguments.

If You Need Help With Your Immigration Appeal process, Call Us Today

With over 50 years of combined experience, David and Ramiro have helped hundreds of aliens with their immigration appeal process.