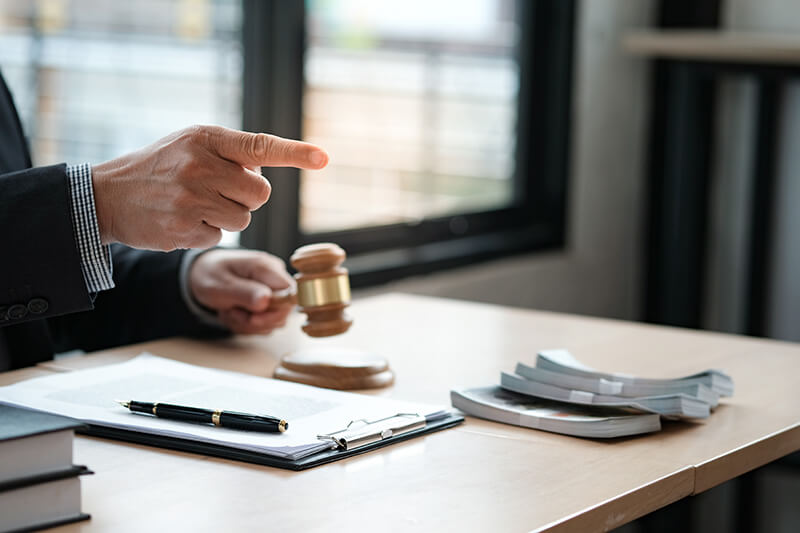 Through immigration bail bonds, aliens who are detained in the United States can obtain their release. In this article, we delve in depth into this legal option.

Some aliens have the option of bail, but others do not. To find out if a national foreigner is eligible for one, it is important to have the best immigration lawyers in Los Angeles from Lluis Law by your side to help you in this process.

Immigration bail bonds in the United States in 2023

Immigration bonds in the United States serve to release aliens detained, arrested, or imprisoned by Immigration and Customs Enforcement (ICE).

The bond works as a guarantee that the aliens will appear before all the judicial processes planned after they have been released.

It is important to understand the following:

This legal option helps free loved ones from jail while awaiting a court hearing. If you are in California, the help of our attorneys for representation in Los Angeles immigration court will be key.

There are two main types of ICE bonds for immigration purposes, these are:

Note: Voluntary departure bonds are refundable once the alien leaves the US. However, the bond will be forfeited if the alien does not leave the country or does not leave within the established time.

Read on, below we will tell you in detail how to claim an immigration bond.

How To Recover The Money From Immigration Bail Bonds?

This notice is known as Form I-391, notice of canceled immigration bond.

In conclusion, to receive a bail refund, the following must be done:

The Debt Management Center will refund the original amount of the bond and any interest that has accrued during the course of the procedure. Applicants will receive this money a few months after completing this process.

Note: In some instances, it can take a year or more for the government to return bail money to the individual who posted it.

How Much Does An Immigration Bond Cost In 2023?

The amount of the bonds usually varies, since it depends on certain factors, such as:

Typically, if an individual’s flight risk is high, the cost of an immigration bond will be higher.

Individuals with criminal records are often at higher risk with these legal requests. Our Los Angeles criminal lawyers can help you clean up your criminal record.

How To Pay An Immigration Bond?

Any individual with legal status in the United States can post an immigration bond. To do this, the following steps must be followed:

Immigration bail bonds cannot be paid in cash or by personal check. To do this, you must have the original Social Security card and a valid photo ID.

If the bond sponsor is not sure how an immigration bond is paid, they should contact the nearest ICE office. In addition, it is recommended that the aliens obtain immediate legal assistance after their release.

The immigration lawyers specializing in deportations at Lluis Law have years of legal work with these cases. After studying your case we can consider the route of cancellation of removal.

Where Can I Pay An Immigration Bond?

If the immigration judge has allowed the payment of a bond, the individual who wishes to post the bond can do so at one of the ICE offices authorized for that purpose. You can find these offices at the following link.

Posting a bond can be made at any time before the final decision is made on the deportation case.

What Happens After Posting A Bond?

Once the bond has been posted, the ICE officer will inform the detention center that the alien can be released. It’s important to put attention on the following:

We invite you to find out if an immigration appeal process can be won and how to do it correctly.

Does An Alien In Custody Have The Right To Be Released On An Immigration Bond?

Don’t know how to act if ICE agents show up at your door? Don’t worry, we have a blog where we explain this topic in detail.

Can An Illegal Alien Apply For An Immigration Bond?

Undocumented aliens may qualify for a bond. However, not everyone is eligible. In order for the detainee to be eligible for immigration bail bonds, the detainee must meet the following requirements:

Although the detainee may be released, it is important to remember that a bond does not guarantee that the alien will not be deported from the U.S. It simply guarantees that the arrested individual can meet with their attorney and take action on their situation.

There are many cases where an alien can become illegal, such as if they overstay their US visa . If they do, aliens will have to face the consequences of unlawful presence in the United States.

Who Decides If A Detained Alien Can Receive A Bond?

ICE will make the first decision on whether or not the detainee can receive a bond. The notification will be made through form I-286 and will indicate whether the immigrant will be eligible or not. If eligible, ICE determines the amount to be paid.

The I-286 notice also tells the aliens if they have the right to request a bond adjustment. For example, if the amount is too high, the alien can ask the judge to lower the amount to be paid at a bond hearing.

What Is A Bond Hearing?

A bond hearing is a hearing where a judge decides whether or not the alien should be released pending trial. The judge apart from dictating if a bail is possible, will also dictate the conditions of it.

How To Request A Bond Hearing?

There are several ways to apply for an immigration bond:

What Is An A Number?

The alien registration number (also known as an A number) is a 7, 8, or 9-digit number that the government assigns to an alien when their file is created.

What Should Be Brought To The Bond Hearing?

The sponsor letter is an important document that the sponsor can give to a judge. This letter must include the following:

To appear at an immigration bond hearing in California or any other state, the aliens must gather as much evidence as possible to show the judge that they have strong ties to the community:

These are just some of the documents that can help an alien who is detained. It is important that each individual writing a letter includes:

If the letters are not in English, they must be translated and include the translation certificate. Haven’t got a Green Card yet? You may be interested in knowing how to obtain the Green Card of residence.

How long is the option to post a bond?

An immigration bond lasts as long as the defendant is cooperative and has strong support from friends or family. Each bail bond case differs in its timing, but in most states the timing ranges from 90 to 120 days.

Can an alien appeal a bond decision?

Immigrants can appeal a bond decision through the EOIR-26 form. The appeal must be received by the Board of Immigration Appeals (BIA) within 30 days of the decision.

Do I have to pay the full bond or can I pay it in parts?

For an alien to be released on bond, the full amount set by the immigration judge must be paid. If you are unable to do so, there are some companies that offer help paying an immigration bond.

This means that the bail sponsor pays only part of the amount while the company pays the rest. These companies charge a fee for this service.

What can aliens do if they are detained for a long time, without bond, and with a deportation case that is taking a long time?

Some courts have ruled that it is unconstitutional to hold someone without bond if their deportation case is taking too long. To be released, the detainee can file a habeas corpus action in federal court.

Who are most likely to be held in detention?

According to data provided by the US government, the average age of an alien deported by ICE is approximately 30 years old. In addition, most of the detained aliens are between 26 and 34 years old

Why Do I Need A Lawyer To Apply For An Immigration Bond?

Not all aliens may be eligible to apply for immigration bail bonds. In fact, it is possible that in certain cases ICE will deny the possibility of being released from prison on a bond. Therefore, it is important to hire an immigration attorney to help you in these cases.

The lawyers at Lluis Law have more than 50 years of combined experience helping aliens in different procedures. If a national foreigner is detained, they may have opportunities to be legally released.

If you are involved in a case that requires the payment of immigration bail bonds and you need legal support, do not hesitate to contact the Los Angeles law firm of Lluis Law.

Change of status from visitor visa to Green Card