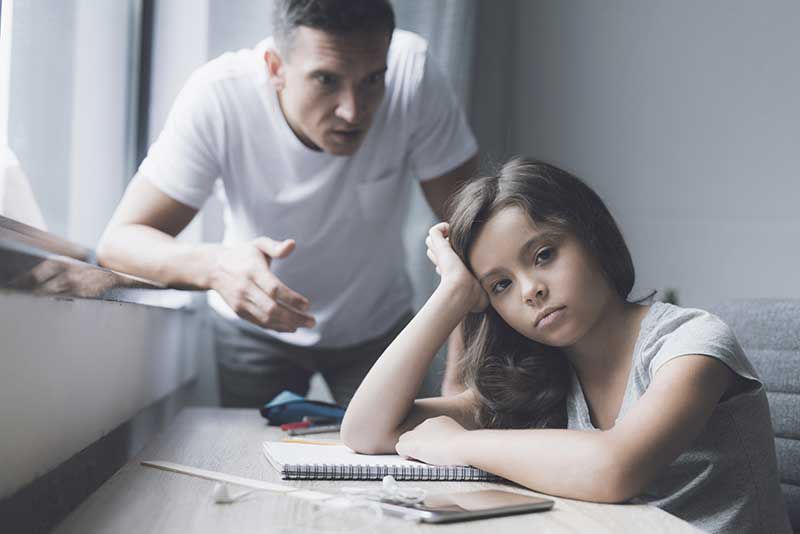 The crime of lewd acts with a child is criminalized in California Penal Code 288 PC. If you were charged with this or any other sex crime, Lluis Law’s criminal attorneys can help you fight the charges.

We have over 50 years of combined experience dealing with these issues with good results for our clients. Call now and request a personalized consultation with any of our attorneys.

Below we explain in detail the elements of crime, sanctions and possible defenses.

The crime of lewd acts with a child in California

The definition of the crime of lewd acts with a minor is contained in California Penal Code 288 PC. It basically consists of intentionally touching a child under 14 to obtain sexual satisfaction or for the child to touch himself/herself or another person.

This crime is also known by the names of:

Elements of the crime of lewd acts with a child

The lewd act with a minor is constituted not only when the child is touched or caressed or there was sexual abuse. It also includes other acts in which:

The crime materializes with the intention of the accused to seek personal or child excitement. But it does not require that there be real excitement.

To be convicted of this crime, the prosecutor must prove that:

How is the intentionality of the fact proven?

One of the most difficult elements to prove in any violent crime (attempted murder) or sexual crime is intentionality. In this case, the jury must analyze the event as a whole and consider the following elements:

The cases of lewd acts with a child prosecuted in the California courts have been for:

Other examples of lewd acts with a child

Penalties for sexual abuse of minors

Penalties for the crime of lewd acts with a child depend on a number of factors. For example: the age of the minor and the accused or if there was use of force or threats. Also if there is a defined pattern of lewd acts on the part of the accused.

Persons sanctioned under Penal Code 288 require registration as California sex offenders. As of January 1, 2022 , people prosecuted for this crime will be divided into three levels:

People convicted for the first time of this crime will move to Level 2. Those who are in Level 2 will have to register as sex offenders for a minimum period of 20 years.

The level 3 lifetime record will remain for those who have:

Lewd act with the use of force

Furthermore, the crime of lewd act aggravated by the use of force will be judged as a “strike crime”. As established by the following laws:

Under the one-hit law, causing bodily harm to the victim adds more years to the sentence. It is punishable by a sentence of 25 years in prison.

Under these same charges, the California Three Strike Law increases sentencing when there is a previous strike.

Additional penalties for lewd acts with a child

Apart from the penalties mentioned above there are other criminal consequences for this crime.

If you want more information on this subject, please call our offices or come and tell us about your case.

Being accused and convicted has other collateral consequences that must be carefully considered. A criminal record for a sex crime is particularly damaging to a person from a personal and professional point of view.

Some of these consequences can be:

Some accused of lewd acts may benefit from formal probation for serious crime. This means that you will be out of prison and must comply with the court’s guidelines.

When applying for parole, the court will consider certain factors related to the fact. Likewise, the criminal record of the accused. Before parole is granted, the convicted person may spend a minimum of one year in county prison.

A good sex crime lawyer will know the best strategy for the crime of lewd acts with a minor. It should be remembered that the child’s consent cannot be cited as a defense argument in these cases.

Although each case is different from the other, there are nevertheless certain common defenses that attorneys invoke:

The minor is lying

In the absence of solid evidence from the prosecution in these cases, the child’s testimony is generally used. To find out if the child is lying or not, the defense attorney will ask certain questions and try to present their evidence.

The investigation can yield interesting data related to the accuser. Detect if the child’s testimony was prepared by other people to falsely accuse the client.

Sometimes it is possible to determine that the child has a history for raising false testimony or slander.

The accuser confuses the accused

It is probable that the minor is telling the truth but is confused when identifying the author of the crime. This can happen if:

In the case of lewd acts with a child the intent of the accused must be proven. Either to touch the minor, or for the child to touch another person or to touch himself. The accused may have had contact with the minor but was not deliberate.

When the contact is accidental, the accused must be acquitted of the charges brought by the prosecution.

There was no intention to seek excitement

According to California law, for there to be a crime, contact must be made for a sexual purpose. When there is no intention of seeking excitement for oneself or for the minor, child abuse does not occur.

It may happen that a babysitter when she is changing a child in her care has a bodily reaction. For example, an erection of the boy’s penis. But the babysitter’s intention was not to excite him but to change her underwear.

The accuser does not meet the age criteria

So the person will not be guilty if the minor:

This does not mean that he is acquitted since he can still be accused of other charges provided for in the Penal Code. For example:

The accused had his constitutional rights violated

Not infrequently, the police act excessively against a person accused of sexual crimes. The accused may have been of inappropriate police conduct or an illegal search.

These are typical cases in which the police carry out illegal acts to obtain information or arrest a suspect. With the help of an expert sex crime attorney it is possible to determine excesses and request the case be dismissed.

The police can violate a person’s constitutional rights in many ways during an arrest. This includes:

Polygraph tests are not performed solely by the police. Also a private investigator can perform them to detect lies or false testimonies. These tests have no evidentiary value in court but give the defense an advantage.

Depending on the result, the evidence may be taken to the prosecutor to consider whether or not to continue with the judicial process. A defendant who passes the polygraph test gives the defense more arguments and elements of conviction.

Knowing that the accused is innocent, the defense will prepare and present a stronger defense strategy.

When the prosecutor’s evidence is irrefutable or the client has confessed the crime to the police, the defense strategy changes. It is not argued that the events did not occur but could have been the result of an isolated incident.

If the person does not have a criminal record as a sex offender or has committed any other crime, procedural benefits are sought. These include probation that sometimes requires paying a year in prison in a county jail.

Other times the sentence does not establish jail time for the client.

Some of the following crimes may have common elements with the violation of Penal Code 288 (a) PC.

Legal deadline to report lascivious acts to a minor

According to Penal Code 801.1, people who have been victims of this crime can sue before turning 40. This statute of limitations applies to those cases that occurred after January 1, 2015.

If your case was prior to 2015, you should discuss it with your Los Angeles sex crime attorney. Any California sex crime charge can be prosecuted years after it has occurred.

Can a minor be convicted of violating PC 288?

Yes, If it is shown that the minor deliberately violated Penal Code 288 PC. The prosecution must prove that the accused minor was aware that he was committing a crime. Furthermore, he intended to become sexually aroused either himself or someone else.

What if the minor lies in a child abuse case?

Although the minor’s testimony prevails as true evidence for the prosecutor and jurors, he could be lying. There are not a few cases of false testimonies of minors falsely accusing older people of sexual abuse.

A child could act like this to get revenge on a teacher who put him off a subject at school. Likewise to raise a false testimony against a coach for having sat them on the bench.

Parents who force their children to lie to get revenge on their partner or win a lawsuit are also frequent. Therefore, the experience of the lawyer in these cases is crucial, to detect if the child is lying or not.

When it is detected that the minor has lied, justice could reprimand him as well.

Is being deceived by the victim regarding his age a defense?

No. Deception or age errors are inexcusable in these cases. Remember that the victim’s consent cannot be argued as a defense. Nor that she lied about her age saying she was over 18 years old.

California law is clear in this regard. A defendant will be convicted if a sex offense with minors is determined regardless of the circumstances or mode.

What can Lluis Law do for you?

In our firm we have successfully defended hundreds of people who have been accused of this and other crimes. You must remember that an accusation does not mean that you will be convicted, because the prosecution must first prove the charges.

At Lluis Law we are known for offering our clients solid defense strategies. We offer you a professional consultation where we can study your case and explain your rights and legal options.

A charge for child abuse is very serious and requires specialized professionals who can understand you.

If you have been accused of lewd acts with a minor and want to be defended by the best criminal lawyers in Los Angeles, call now. We can help you!

Failure to register as a sex offender in California