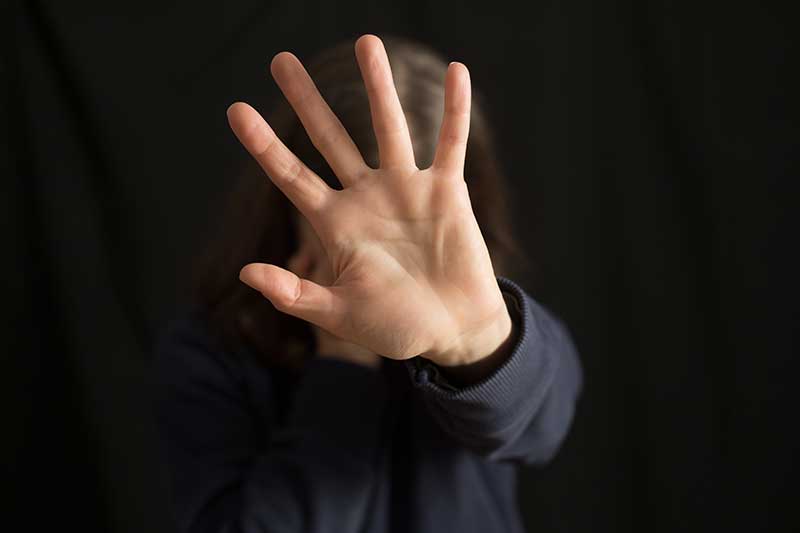 Our Los Angeles domestic violence lawyers are experts in all types of violent crime. We have been offering legal representation and legal assistance to people accused of these charges for more than 40 years.

The crime of domestic violence involves spouses, concubines, intimate partners, parents and children. If you have been charged with this crime you can call us and we will offer you a private consultation to discuss your case.

At Lluis Law we offer our clients a highly efficient legal service with better results. We protect the rights of our clients regardless of their legal or immigration status.

The crime of domestic violence is one in which the accused and the alleged victim have a close relationship. Said link may be interchangeably by affiliation or by blood relationship.

It is erroneously believed that only men are unfairly accused of domestic violence. Although women are more likely to be the victims. But the truth is that there are also women prosecuted for these charges in California.

Domestic violence is not only manifested through spousal abuse or child abuse. Also through negligent attitudes of one of the two spouses (husband – wife) and violations of restraining orders.

At Lluis Law’s criminal law firm, we are dedicated to protecting the rights of our clients.

We advocate decisively for your freedom or to prevent unfair convictions. In Los Angeles we are known as one of the best domestic violence lawyers.

Our Lluis Law domestic violence attorneys have vast experience in these cases. The areas of permanent practice related to this crime in which we specialize are:

From our experience we know that accusations of domestic violence are frequent in divorce proceedings. These unpleasant situations in the lives of couples often lead to trials for this crime.

In cases of child custody, property partitions, etc. These allegations are common. This is why it is so important to investigate the case thoroughly and determine the true reasons sometimes hidden in these cases.

The concept of domestic violence not only extends to blood relatives but even to the boyfriend / girlfriend. Also ex – spouses, brothers, cousins, uncles or nephews.

Statistics for this crime according to the California partnership to end domnestic violence are alarming. The website www.hoylosangeles.com reported that in California up to 922 crisis calls are received on average in a single day.

Unfortunately, just over half of those calls are not answered by the authorities.

Intimate partner violence in the United States accounts for about 15% of all violent crime. The women most likely to be abused by their partners, are between 18 and 24 years old.

The most frequent forms of abuse in this crime include:

Sometimes domestic violence manifests itself through some form of physical abuse. This damage involves not just hitting another person, but other harmful behaviors like pushing, kicking, pulling hair, or throwing things at them.

There is also physical abuse when another person is threatened or frightened on a regular basis or when they freely go out. Even California laws classify harm to domestic pets as physical abuse.

Another form of abuse involving the crime of domestic violence is through verbal assault. Like causing emotional or psychological trauma to a family member or being close.

In short, violence does not have to be physical to constitute a crime of domestic violence.

Impose financial responsibilities on spouses or close relatives beyond their means. Or establish serious restrictions on the necessary expenses without any valid reason.

Prevent the personal relationships of a spouse or relative through control or manipulative practices.

Prevent the practice of the cult of religion that a person professes through threats or blackmail.

Other crimes related to domestic violence

These are among the most frequent:

If you were arrested for any of these crimes, Lluis Law domestic violence lawyers in Los Angeles can help you. Call now and request a professional consultation and we can analyze your case.

Possible defenses against the crime of domestic violence

Unfortunately, innocent people are sometimes accused and prosecuted on charges of domestic violence. However, with quality legal representation it is possible to get to the truth and make justice shine.

There are several advocacy strategies that can be invoked to fight domestic violence charges. For example:

Defense strategy will largely depend on several elements. For example, the client’s criminal record and the circumstances surrounding the case. This could qualify the crime as a misdemeanor or serious crime.

Penalties for the crime of domestic violence

Commonly a misdemeanor conviction for domestic violence is punishable by:

On the other hand, a conviction for a serious crime establishes the same penalties. Except that the prison sentence extends up to three years.

Other charges and penalties

When domestic violence is related to other charges the punishment increases:

As a felony, it is punishable by imprisonment of two, three, or four years in a state prison. If the charge is a misdemeanor, the penalty is up to one year in prison in a county jail. Includes former spouses.

Violating restraining orders with children for example. It is punishable by imprisonment of 16 months, two or three years. If there is no prior conviction, it will be a misdemeanor (one year in prison if there was physical injury).

Use of force to attack another person. If it is a misdemeanor, it is punishable by up to one year in prison.

If prosecuted as a misdemeanor, the punishment is up to one year in prison. It does not require injury but the attempted assault.

Threatening death or very serious bodily injury to another person. It is a wobbler crime, so it can be presented as a felony or or a misdemeanor.

If prosecuted as a felony, the penalty is 16 months, two to three years in prison in a state prison.

It includes disturbing another person through electronic means and threatening to cause harm. It is punishable as a misdemeanor with six months in prison.

Damage to a landline or mobile phone – PC 591

Ripping a phone line or damaging a mobile phone the moment a person calls the police.

Up to one year in jail is punishable as a misdemeanor. If prosecuted as a felony, the penalty increases to 16 months, two to three years in prison.

Being defended by an experienced and credible criminal defense attorney is imperative in these cases.

It is also a wobbler crime . If the charge is for a misdemeanor, it carries up to one year in prison. But if it is a felony, the penalty increases to 16 months, two or three years in prison.

What can our Los Angeles domestic violence lawyers do for you?

If you are facing a domestic violence complaint, you should immediately call Lluis Law’s attorneys. In the professional consultation we offer, we can determine what type of defense and protection is best for you.

We can take your case to a court of law and request action on your behalf depending on the severity of the crime. We accompany our clients in each phase of the judicial process: arrest, hearings, filing of charges, motions and the trial.

The earlier we take a case, the better it is for the client. Our trial attorneys are negotiation experts and have a great reputation in the Los Angeles courts.

They are highly respected professionals among judges and prosecutors due to their knowledge of the law and ability to work. In no way do we accept that through the manipulation of witnesses or false testimonies a person is sentenced.

When we take a case we prepare to win it and obtain the best results for our clients. As Los Angeles domestic violence attorneys we have a very high record of success. Call us now!