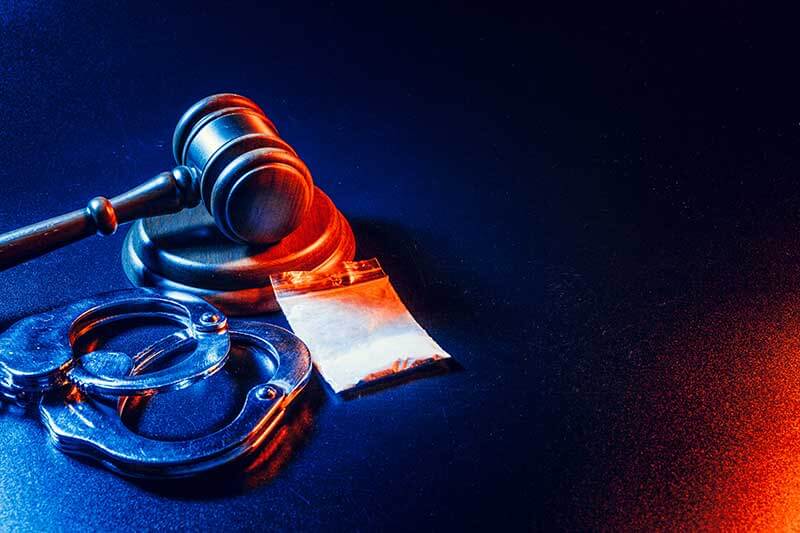 If you are facing this charge, the Los Angeles drug possession defense lawyers at Lluis Law can help and represent you in court.

Being arrested and convicted of a drug crime carries serious consequences for a person. Possession of prohibited substances is punishable by severe penalties depending on the amount and type of substance. Call now and book a consultation.

Our Los Angeles criminal lawyers have over 50 years of combined experience in criminal defense matters. We have successfully solved hundreds of cases related to the possession, use and sale of drugs in Los Angeles and other cities.

Being arrested on drug possession charges for the first time can be devastating to a person. Don’t forget that possession of drugs and other controlled substances is punishable in California.

Substances Controlled and/or Prohibited by Law in California

With the exception of individuals who have a valid medical prescription for their possession, these are some of the drugs and other controlled substances in the United States:

Among the drugs prescribed to certain individuals for health reasons we find Vicodin and Codeine.

Some of the legal arguments that we, at Lluis Law, employ for the defense in a drug possession charge in Los Angeles include:

As discrimination lawyers in Los Angeles we can help you in any situation in which you have suffered discriminatory treatment.

How Is The Crime Of Drug Possession Proven?

To prosecute and convict a person for this crime, several elements must be verified.

1. Control over the drug seized. The prosecutor must prove that the person was in possession of the drug in one of these ways:

However, having access to the drug or being near the place where it was found is not sufficient proof. Not even being with a person who had the controlled substance in their possession. The prosecutor must prove that the defendant had knowledge of the drug to prove joint, constructive, or actual possession.

2. The person knew of the existence of the drug. The prosecution must prove that you had knowledge of the presence of the drug if you are not to be acquitted.

3. The defendant knew it was a controlled substance. Ignorance about the nature of the drug can lead to an acquittal. A person could have given you the drug in pills that you thought were not prohibited.

4. Sufficient amount of drug. For a drug conviction it must be proven that the substance found is sufficient to be used. It is not enough to find traces or residues of drugs since they would not produce narcotic effects.

The benefits of hiring an experienced and capable lawyer in these cases are multiple. Among other things, because they have a profound knowledge of the law and how the California judicial system operates.

This requires aggressive and competent Los Angeles drug possession lawyers who know how to do their job and defend the client.

It is not enough to arrest a person on a drug possession charge to prosecute them for this crime. During a trial, the Prosecutor’s Office must prove possession and ownership of the drug found.

Did you know that resisting arrest in California is a crime that carries jail time and fines?

Penalties For Possession Of Controlled Substances

Controlled substance law generally considers drug possession to be a misdemeanor. HS Code 11350 establishes the following general penalties for this type of offense if:

You may be interested in reviewing our blogs on Los Angeles hit and run attorney and DUI lawyers in Los Angeles and learn more about the crime of lewd acts with minors.

When Does The Penalty For This Crime Increase?

There are circumstances in which the accused receives a more severe sanction. For example, prison terms of between 16 months to 3 years in prison.

Such sanctions imposed by the judge depend on the:

A large quantity of drugs in the defendant’s possession could hardly be considered by the prosecution to be for personal use. Rather, it could be presumed that the possession of the controlled substance is for the purpose of sale.

If the court finds possession for sale of a controlled substance in Los Angeles, the penalty is greatly increased. California criminal law considers the possession and sale of drugs to be a felony.

Sanctions According To The Type And Amount Of Drug

The amount and type of drug seized is important for the purposes of establishing the sanction. Here are some related to drug possession in Los Angeles:

Possession of marijuana in California is classified as a “wobbler ,” meaning a misdemeanor or infraction. If the person has a prescription or authorization for its use for medicinal purposes then they will not be charged.

Penalties for possession of marijuana vary depending on the defendant’s criminal history. But also due to the amount of drugs and the place where they were at the time of his arrest. Let’s see:

3. Possession of concentrated marijuana – HS 11357 (a). Up to 1 year in prison in a county jail if the charge is classified as a misdemeanor. If it is a felony, the penalty would be up to 3 years in state jail.

4. Possession of Marijuana Paraphernalia- HS 11364. Punishable as a misdemeanor, even if no drug is found within the paraphernalia. That is, rolling paper, pipe, planting kits, scales, gins and separation screens).

If you want to learn more about Marijuana Laws in California, check out our web section.

Possession of a small portion of cocaine for personal use is currently considered a misdemeanor drug offense. Although it could become a felony if there are aggravating elements during the arrest.

For example, sex crime convictions, prior felony record (CA three strikes law), or were registered as a sex offender. Being considered a highly addictive drug, its possession has a special treatment.

Penalties For Possession Of Cocaine

Although the possession of cocaine is also subject to the drug diversion program when the defendant pleads guilty. The penalties for possession of this drug can be:

The punishment may increase if associated with a loaded firearm:

Heroin is classified under Schedule 1 of the California Uniform Controlled Substances Act. Due to its danger due to the high potential for consumption and physical and psychological dependence that it generates.

Consequently, charges for possession of heroin for sale (HS 11351) are severely punished. Simple heroin possession went from being a felony to a misdemeanor drug offense in almost all cases.

Its decriminalization was included in Proposition 47 . Although if the defendant has a criminal record for a felony, possession can be presented as a felony as well.

Penalties For Possession Of Heroin

Hypodermic needles and other devices used to consume the drug are usually confiscated along with the drug. Simple possession of heroin with intent to sell is punishable by:

Methamphetamine is considered a very dangerous drug and is included in Schedule 2 of the law. This drug also has a very high abuse potential since it generates a lot of physical and psychological dependence.

However, depending on the individual’s circumstances and background, it may be classified as a misdemeanor. As established by Proposition 47.

Penalties For Possession Of Methamphetamine

The sanctions to which a person facing charges for possession of Meth is exposed are:

Illegal possession of prescription drugs is also punishable in California. Possessing over-the-counter medications such as oxycodone, hydrocodone, and other opiate-based pain relievers carries some penalties.

Like other drugs like Adderall and Xanax that are used to calm anxiety. California Business and Professions Code 4060 makes it illegal to possess medicine without a valid prescription.

Medicines must be legally prescribed by a doctor, nurse, dentist or veterinarian.

Penalties For Illegal Possession Of Medicines

You can learn more about this topic in our “ Los Angeles prescription drug fraud attorney” section .

Differences Between Drug Possession And Trafficking

If you are charged with possession of any of the drugs or prescription medications listed above, you need an attorney. It is important to know how to distinguish between the charge of possession of drugs and that of drug trafficking, which is different.

The latter is established according to the type of possession that the prosecution imputes. The different types of drug possession: actual, constructive, and conjoint, should not be confused with regular possession and drug dealing.

Such offenses are also punishable by possession of drugs. However, they are differentiated by the amount of drug seized and not by the type of possession.

In the same way, possession of drugs with intent to sell is another crime. It is listed in California Health and Safety Code 11351.

Cases of minors under the age of 18 who are found with drugs in their possession may receive other treatment. Such cases may be prosecuted through the California Juvenile Court.

If a child of yours was charged with possession of a controlled substance in Los Angeles, we can help you figure it out. Speak to one of our Los Angeles drug crime lawyers who are experts in juvenile justice nowadays.

A minor has the right to redeem himself and get a second chance. Call right now and request a professional consultation.

If not, you will need to clear your criminal record. A drug possession conviction in Los Angeles or any other city will mark your resume forever. Fortunately, there are ways to solve this problem that can affect your future.

Drug Possession with Intent to Sell California – 11351 HSC is one of these crimes. There are others that frequently appear related to the drug possession charge, without meaning that they are derived crimes.

If you have had the unfortunate experience of being arrested for a controlled substance offense, you need a good attorney. The Los Angeles drug possession defense lawyers at Lluis Law have the experience and the ability. We offer professional and highly efficient representation.

Possession for sale of a controlled substance in Los Angeles