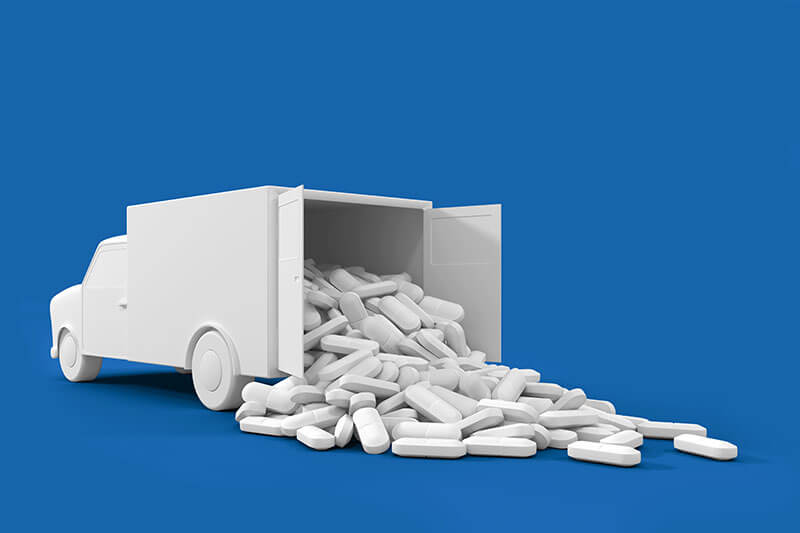 If you are looking for lawyers for drug transportation related cases in Los Angeles, we can help. At Lluis Law we have over 50 years of combined legal practice dealing with all kinds of drug related cases in L. A. and other cities.

The transportation of controlled substances is sanctioned by both federal and state laws with up to 5 years in prison. Whether in motor vehicles such as cars, trucks or planes, in trains, boats or jet skis.

Call right now to request a consultation with one of our drug crime lawyers.

The California Health and Safety Code, Section 11352, expressly prohibits the transportation of drugs for sale. Like the importation into the state of any type of controlled substance with the intention of sale.

Drug trafficking and transportation across the state has become a frequent crime and severely prosecuted given its border status.

To defend yourself against such an accusation, it is essential to hire lawyers specialized in drug transportation cases in Los Angeles. Regardless of the type of drug involved, including cocaine, methamphetamine, crack, heroin, marijuana, ecstasy, or other. Even prescription drugs.

What we do for you

Penalties for a drug transport conviction

Sentences for this crime vary by jurisdiction (state / federal). The amount of drug transported, the geographical area where it was seized, whether minors are involved and other factors also influence.

Likewise, the criminal record of the accused for drugs or any other serious or minor crime. Being charged with a crime for transporting a controlled substance in California can carry prison terms and very high fines. Among these:

If the person accused of the crime of transporting drugs has relapsed, the sanction increases. Instead if it is the first offense, you could be a candidate for a jail replacement program. According to the behavior that the defendant shows and the circumstances surrounding the fact.

Generally, the transportation of drugs is associated with other crimes of a criminal nature such as homicide, possession of weapons, theft and others. Therefore, the defense of a person accused of this crime requires extensive knowledge of the law and experience.

The defense strategy is outlined according to the nature and specific details of the case. Therefore, when we take a case we make sure to review even the smallest element.

That is, the procedure of search and seizure of the drug, the arrest, the promotion of evidence and the place. In addition to the type and amount of drugs seized and the way it was transported.

All drug cases are different from each other, there are always mitigating or aggravating elements present in them. Some of the strategies that we apply at Lluis Law to defend our clients for this crime are based on:

The benefits of hiring an expert drug lawyer translate into advantages and greater possibilities for the client. Despite the fact that the law is very severe regarding this type of crime.

Evidence for the crime of drug transport

Proving the guilt of a defendant for the crime of transporting a controlled substance requires proof that:

What is considered a controlled substance in California?

Controlled substances are classified according to their dangerousness and the degree of physical or psychological dependence they generate. The prohibition of the transport or sale of drugs is applied according to its category.

They have a very high potential for danger and abuse and dependency for those who consume them, for example:

These types of controlled substances have a high potential for abuse, but less than those of classification 1. For example:

These are defined as controlled substances with a moderate potential for physical and psychological dependence. Its abuse potential is lower than the two previous drug groups. For example:

These types of substances or drugs have a low potential for abuse and a risk of dependency. For example:

These chemicals are classified with a lower abuse potential than the previous ones. They include drugs such as pain relievers, antidiarrheals, and antitussives. For example:

Not all controlled substances are treated equally in California. The sale or transportation of drugs with the intention of selling applies to multiple categories of drugs.

The transportation and sale of prescription drugs are also sanctioned by California law. Both crimes carry penalties similar to those imposed for the transportation / sale of drugs such as cocaine / heroin.

These are some medications that are sanctioned in their illegal transportation::

Despite the fact that marijuana laws allow its possession and consumption in California, its unauthorized transportation is illegal.

If you need to be represented by Los Angeles drug transportation lawyers, we can help. Our criminal defense attorneys are drug specialists and are also skilled immigration lawyers. In case you are also facing deportation proceedings.