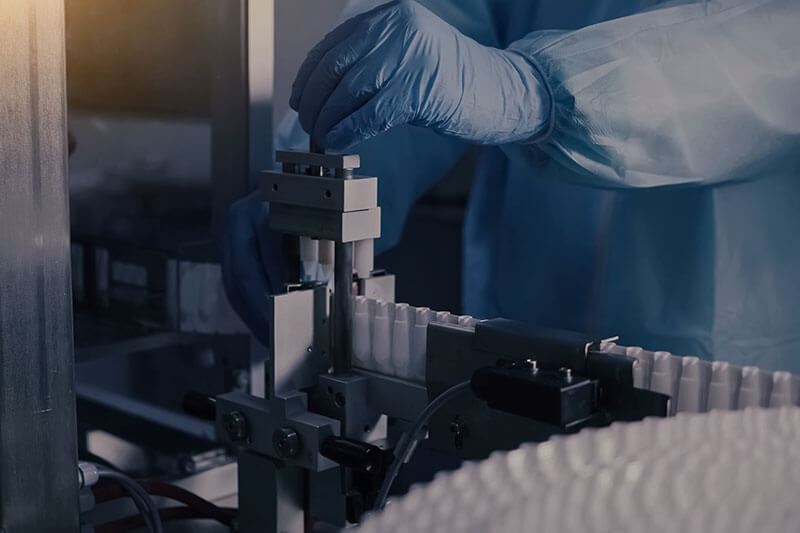 Have you been charged with manufacturing a controlled substance in California? We have many defense options. Our Los Angeles drug possession lawyers have been successfully representing clients facing these charges for over 50 years.

Controlled substances in the United States are classified according to their medical use, potential for abuse, and level of safety. Its manufacture, possession, distribution, sale, transportation and trafficking is regulated by state and federal laws.

What Is The Crime Of Manufacturing A Controlled Substance In California?

Drug manufacturing is a crime under California Health and Safety Code 11379.6 HS .

According to this statute it is considered guilty:

“every person who manufactures, compounds, converts, produces, derives, processes, or prepares, either directly or indirectly by chemical extraction or independently by means of chemical synthesis, any controlled substance…”

Drugs and other controlled substances that are regulated under this statute include:

The crime of manufacturing a controlled substance is established by the operation of a clandestine laboratory. For example, manufacturing amphetamines or methamphetamines, which are fairly common drugs in California.

Are you aware of what the new California marijuana laws say? Find out here.

What Does the Manufacture of A Controlled Substance really mean?

Individuals charged with this offense can be found guilty if it is proven that they have manufactured a prohibited substance through a chemical process or natural extraction. Illegal manufacturing of a controlled substance in California includes:

These chemicals are used to make cocaine, heroin, and methamphetamine. Those who illegally sell, use, or assist in their manufacture can be charged in California with the crime of manufacturing controlled substances.

Elements Of A Controlled Substance Manufacturing Charge in California

To prosecute a person for the crime of manufacturing controlled substances, the prosecutor must show that:

The defendant’s guilt of manufacturing drugs is established if the prosecutor can prove that:

Penalties For Manufacturing a Controlled Substance In California

The general penalties for manufacturing illegal drugs in California can lead to:

As the volume of the manufactured drug increases, the time in prison also increases. Likewise, those who manufacture near schools or playgrounds may face additional punishment.

Also, the punishment is higher if the fabrication is associated with other crimes such as:

The penalties also increase when there are other related crimes or the following aggravating factors:

1. Prior Convictions For Other Drug Offenses

If you have been convicted of other drug-related crimes, the sentence will be even longer. For each prior conviction, 3 years could be added to the current sentence. Regardless of whether you have served your sentence inside or outside a prison.

Such prior convictions could be:

Prison sentences will also be extended if the charge is for manufacturing drugs in large quantities. This includes illegal drugs and controlled substances like methamphetamine, PCP, and GHB.

The additional penalties of the penalty increase based on the following volumes of methamphetamine and other drugs:

For more than 3 gallons of liquid or one pound of weight of the prohibited substance. The sentence increases 3 years.

3. Causing Serious Injury Or Death To Another Person

When someone is injured or killed during the manufacturing process of the controlled substance, there are additional penalties. For each injured/dead person, one year is added to the sentence.

However, if the injured or deceased person was an accessory to the crime, no charges will be added to the sentence.

4. Manufacture Of Drugs In The Presence Of Minors

Another extension to the sentence can be added by the judge if there are children in the place where the drugs are manufactured. For the presence of minors in the same place of the act, you will receive 2 additional years.

Likewise, if a minor is seriously injured during manufacturing, you will receive another 5 years in prison.

It is quite common for explosions and fires to occur in these laboratories or for the minor to end up intoxicated.

Can I Be Deported For Manufacturing Controlled Substances?

Any drug-related crime can have harmful immigration consequences. Under California law, drug manufacturing could be classified as a crime of moral turpitude.

Crimes of moral turpitude are serious and lead to:

The problem with this crime is that it does not have benefits or allow certain types of immigration relief such as:

At Lluis Law, our immigration laywers in Los Angeles are experts in deportation and can help in these cases. The experience and knowledge of drug and immigration law give us an advantage to obtain better results.

The manufacture of controlled substances is a serious crime in the United States in general. With the exception of cannabis for medicinal use that is used in therapeutic treatments in California.

To face a charge for this crime, you will need a defense that is aggressive and capable of challenging the evidence and the procedure. Some of the defenses that can be tried in these cases are:

Although it may be considered a defense to say that you were actually manufacturing legal substances, if you are a precursor to a controlled substance, you can still be prosecuted for manufacturing it.

What Happens If The Drug Manufacturing Process Is Not Completed?

To be accused and prosecuted for the crime of drug manufacturing in California, it is not necessary to complete the process. It is enough that there is evidence that the controlled substance was being produced.

Our Los Angeles drug crime lawyers must prove that there were flaws in the procedure that led to the arrest. In that case, the judge can dismiss the charges for the irregularities committed. Other times, such mitigating elements could influence a reduction in the sentence.

Does The Manufacture Of Controlled Substances Affect My Right To Bear Arms?

It’s possible. Individuals accused of manufacturing drugs may lose their right to bear and use weapons. Similarly, California law prohibits those convicted of felonies from purchasing or possessing firearms.

In this sense, those who are found guilty of manufacturing prohibited substances run the risk of losing their gun rights.

To find out more about gun rights, check our article on assaults with a deadly weapon. You may also be interested in reviewing the consequences of carrying a concealed weapon in California.

Is It Possible To Expunge A Drug Record?

Sometimes it is possible to clean the criminal record of a person accused of a drug crime in California. Especially, if the court issues a verdict in which the individual is sentenced to probation without serving any prison time.

Setting aside a conviction is provided for in the California Penal Code (PC 1203.4). For those eligible for this benefit, the conviction is withdrawn by the court and the case is dismissed in accordance with the statute.

The individual, then, is judicially rehabilitated without staining their resume.

In addition, the criminal statute rewards in some way those who demonstrate good moral conduct during their reformatory process. Consequently, they are released from “sanctions and responsibilities” after a conviction.

Can I Avoid Jail If I Undergo Drug Treatment?

Yes. Through the drug diversion program it is possible to achieve an alternative sentence. This option is only available to people convicted of non-violent drug crimes.

Such programs are contained in Proposition 36 and Penal Code 1000 PC. In order to avoid prison, it is necessary to undergo a drug treatment program and successfully complete it.

An individual who is prosecuted for manufacturing a controlled substance will only benefit from this program if they are accused of simple possession of drugs. That is, they manufactured the drug solely for personal use, not for sale.

Drug Trafficking In The United States

Some of the most trafficked drugs, such as cocaine and heroin, are often manufactured outside the US In recent years, the trafficking of drugs such as cocaine into the US has increased significantly.

Other drugs are manufactured in the US and brought into California. For example, hashish that can be produced in the garage of a house. Also methamphetamines.

If you require the services of a competent attorney, we can help you. The benefits of hiring an experienced attorney in cases that involve manufacturing a controlled substance in California is critical. You can avoid jail time or get a reduced sentence.

For decades, Lluis Law has successfully defended dozens of people accused of manufacturing a controlled substance. A drug case is too serious to be left in the wrong hands. Call us right now.