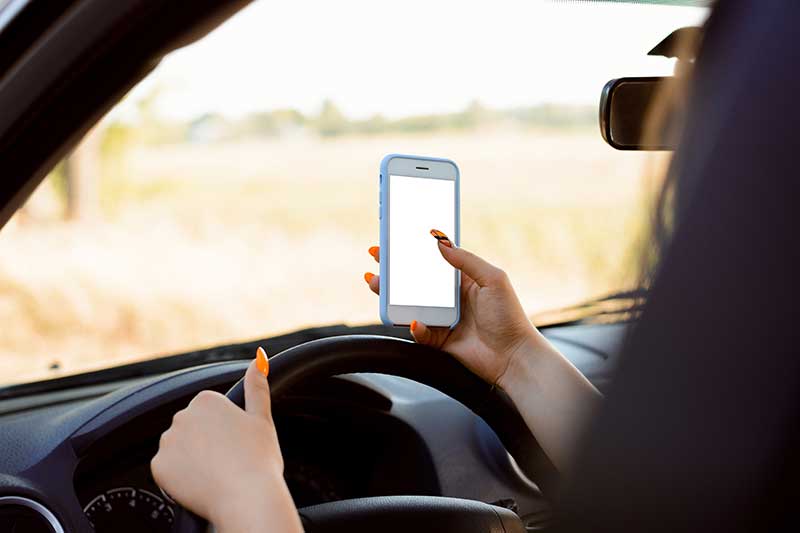 If you have been arrested for reckless driving in California, the car accident lawyers at Lluis Law can help. We have been defending people accused of this crime for more than 40 years with favorable results for our clients.

Call any of our attorneys now and request a no-obligation consultation to discuss your case. We will help you navigate state traffic laws and find the best defense strategy for you.

In this article we explain in detail the reckless driving laws and the charges for this crime. We also answer some frequently asked questions.

Reckless driving crime in California in 2022

Reckless driving involves putting the safety of individuals or their property at risk. It is a conduct characterized by the “willful or wanton disregard“ of the driver towards the lives of others.

This is defined by California Vehicle Code 23103 VC, which establishes fines and prison sentences for this crime.

For the crime of reckless driving to be constituted, it must be proven that:

What is “willful or wanton disregard”?

Reckless driving under California law is:

Although, according to the statute, it is not necessary to prove the intent to cause damage of the driver to establish the crime. A driver can be found guilty of reckless driving for things like speeding.

Of course, speeding by itself is not enough. It will depend on the place, the weather conditions, the visibility and the road.

For example, exceeding the speed limit in a neighborhood or area that is very busy with pedestrians is considered reckless driving. But doing it on a freeway with clear traffic lanes would not be.

There is a basic speed contained in California law (CVC 22350). According to this statute:

Every day in Los Angeles we see examples of reckless driving in open violation of California traffic laws. These are some:

Each case is different, but there are certain common defense strategies in legal proceedings for this crime. These are some of them:

If you ran over a person and committed a crime of vehicular manslaughter in California, we are talking about a much more serious issue. Please review our section dedicated to that crime for more information.

Penalties according to vehicle code 23103 VC

As a misdemeanor, it is penalized with:

The penalties increase if you cause a minor injury, serious injury or death to other drivers/pedestrians. The court may also order the suspension of the driver’s license for up to 30 days. If it is your first reckless driving conviction.

The second time is punishable by up to 60 days of license suspension. For three or more times the license could be suspended for up to six months.

Aside from criminal penalties, the Department of Motor Vehicles (DMV) can also add two points to a driver’s license.

A negligent driver with a Class C license may have their license suspended by law when they accumulate:

When the driver is accused of causing a minor injury to another person, it is also a misdemeanor. Although the punishment increases.

As a crime “wobbler” can be charged with a misdemeanor or a felony. When another driver is injured in a car accident and charged with a felony, the punishment is:

To avoid conviction for DUI, a plea deal called “dry reckless” is sometimes used. The defense attorney agrees with the prosecutor that their client plead guilty to a misdemeanor.

The benefits of this legal settlement is that the defendant avoids being prosecuted for the DUI offense which would increase the penalties. Instead, the defendant:

Does it have immigration consequences?

Fortunately for alien nationals, the crime of reckless driving does not carry negative immigration consequences and is not among the considered deportable offenses. It means that an immigrant will not be deported or declared inadmissible.

Other than if you commit other criminal offenses such as robbery in California, attempted murder charge, or drug crimes.

As long as they meet the following conditions, a convicted reckless driver can have their conviction expunged:

The cancellation favors the person because it frees them from most of the penalties imposed in a conviction.

Does my insurance premium increase if I am cited for reckless driving?

Yes. It is an additional cost that those that break the laws must pay. Almost all vehicle crimes lead to increases in insurance premiums. As the points on the driving record increase, the cost of insurance will also increase for the driver.

The explanation is that a regular violator of traffic laws is more exposed to accidents and committing faults. Therefore, the risk of claims for insurers is higher as well.

How does it affect gun rights?

If the conviction for reckless driving is prosecuted as a misdemeanor it will not affect the right to bear arms. But on the other hand, if they are convicted of a felony for causing injury to another person, yes. Consequently, you will not be able to buy, own or carry a gun.

In our blog you can read everything you need to know about carrying concealed weapons in California. Remember that in addition to criminal defense lawyers we are considered one of the best immigration lawyers in Los Angeles.

Is it possible to get a reduction of charges for reckless driving?

No. Reckless driving qualifies as a misdemeanor. What can happen is that the prosecutor fails to prove the crime and the action is dismissed by the judge. The skill of your lawyer in this regard will play a very important role.

Can the reckless driving charge lead to other related crimes?

Depending on the circumstances of the act, the prosecutor may establish additional charges against a person accused of this crime.

Fundamentally, the crimes that are most related to negligent driving are:

Can the police impound my car during a reckless driving arrest?

Yes. As required by California Vehicle Code Section 23109.2, a police officer can do this. The time of impounding the vehicle can be extended up to 30 days and you will have to pay the fees derived from the impoundment.

Can the privilege to drive be lost on a first conviction?

Not necessarily. Instead, the court could order a license suspension if the driver is deemed a danger. Additionally, the judge may consider that the person receive driving lessons.

Can the Court suspend my license if the DMV didn’t?

After being convicted of a reckless driving charge, the court has this power. As explained above, California Vehicle Code Section 13200 provides for this.

Reckless driving can be sanctioned in a public or private off-street parking lot. For example, supermarkets, shopping malls, parks and others. As long as it’s open to the public.

Why do people drive recklessly?

The answer to the motivations behind reckless driving in California and any other state is not simple as many factors are involved. In general, reckless driving is a bad decision that the driver makes when he or she goes out on the road. However, experts believe that there are psychological reasons behind this behavior.

Here are some of the more common causes cited:

1. The driver is unaware of their aggressive behavior on the road

Getting too close to another vehicle from behind or to the sides can be caused by distraction. It is not always deliberate.

2. The driver is not aware of the risk

As we spend more time on the road driving, the stress of driving decreases. Then we could lower our guard and feel less afraid to make risky maneuvers.

We can increase the speed, take the curves without braking or try to predict the actions of other drivers. Sometimes we get too close to other moving vehicles, underestimating the proper stopping distance.

3. The driver expects others to drive correctly

This is another mistake that is made while driving. That is why it is so common that after the accident we tend to blame the other person. Even pedestrians and other drivers are often dehumanized.

Luxury car drivers may think they are superior to pedestrians and other drivers.

For this reason some drivers speed and engage in reckless driving. Signage on streets and highways is intended to encourage drivers to drive mindfully.

However, ignorance of the law does not excuse the driver’s behavior. The driver is supposed to know the traffic laws and signs. In addition, to obtain a driver’s license, they are supposed to have passed the theoretical and practical driving test.

This is one of the main causes of reckless driving. Drivers are often distracted because they:

6. The driver does not see the road

Bad weather (rain, fog) and insufficient light often cause accidents because it prevents the driver from seeing clearly. To avoid this, appropriate headlights should be used for bad weather.

Going out into the street with headlights in poor condition is negligent behavior that can cause an accident.

7. The driver overestimates his abilities

Overconfidence when driving is harmful, as it leads the driver to make reckless maneuvers. Experts call it the Dunning Kruger effect.

8. Drivers think they have it under control

Overconfidence about the car you are driving and the road is another factor that leads to serious accidents. It is best to always remain alert while driving, always keeping in mind the imponderables.

Is it also considered reckless driving on private property?

Yes. As long as the crime was committed while said property is open to the public. For example, inside a shopping center parking lot.

Can the police hold and impound my vehicle after an arrest?

Yes. Police officers are authorized by California VC Section 23109.2 to impound the vehicle of a person who has been arrested after committing a crime or violation.

The right to impound the car for reckless driving is up to 30 days. These expenses derived from parking and fines must be covered by the owner of the vehicle.

The best lawyers for reckless driving cases in California

Our criminal lawyers at Lluis Law are also expert car accident lawyers. We have a combined experience of over 50 years of legal practice in the California courts.

If you wish to be advised or represented by any of our lawyers, please contact us. We will gladly analyze your case and protect your rights if you decide to hire our services.

We are board certified trial attorneys based in Los Angeles. Our offices are located very close to the courts. If you have been charged with the crime of reckless driving in California, we can help you defend against the charges you faces. We resolve all types of matters related to vehicular crimes.