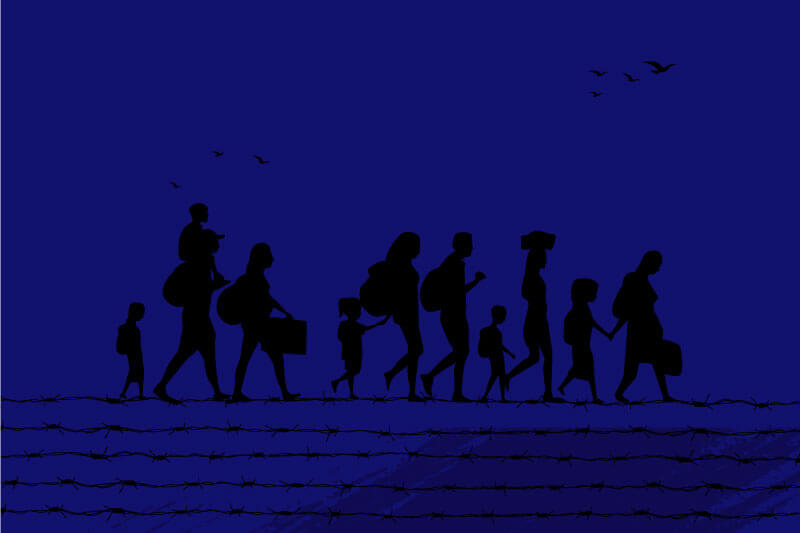 Becoming a refugee in America something that many citizens of foreign countries seek. In this article we will define the term, requirements, eligibility and we will give you an answer to how to be able to work and travel through this immigration benefit.

At Lluis Law our immigration lawyers in Los Angeles can help you with the refugee process. With over 50 years of combined experience, they are experts in all types of immigration matters.

Definition of a refugee in America

According to U.S. law a refugee is a person who:

In U.S. refugee status, eligibility is determined on a case-by-case basis through an interview with a USCIS officer. This non-confrontational interview provides information on the applicant’s application and resettlement in the United States.

During the interview, USCIS examines all relevant evidence, including testimony, to determine if the applicant:

For eligibility USCIS evaluates the credibility of the person and takes into account the conditions in the country of origin. They also perform security checks.

The process for becoming a refugee in America

Note: There is no fee to apply for refuge in the United States. The information provided will not be shared with your country of origin.

Each year, and following the immigration law, executive branch officers must do the following:

After consultation with Congress and cabinet representatives, a resolution is drafted for the President’s signature. The presidential resolution will establish the general levels of regional admissions and placements for refugees for the next fiscal year.

During the new fiscal year, refugees will not be admitted until the presidential resolution has been signed.

Processing priorities are established annually and determine the degree of humanitarian concern in the U.S.A. of refugees worldwide. Meeting that priority gives you the option to get an interview with a USCIS officer, but it is not synonymous of acceptance.

Currently, the priorities are:

Second priority open access within your country of origin:

This category grants access to members of designated nationalities who have immediate family members in the US who were granted asylum or entered as refugees. Even when they obtained legal permanent resident status or are naturalized as U.S. citizens.

Parents, spouses, and unmarried children under the age of 21 of US-based refugees or asylum beneficiaries can participate here. In 2022 the processing of the third category is available to individuals of the following nationalities:

If you obtain status and are approved to enter the United States as a refugee, the following will occur:

Note: You can read more about the benefits on the website of the US Department of Health and Human Services Office of Refugee Relocation.

Bringing your family to the USA

Within 2 years of admission, the refugee may file Form I-730 with DHS for each eligible family member. These are:

Note: If you are already a naturalized U.S. citizen, you cannot apply for your family to obtain refugee status, but you can help your family to emigrate. Please review the articles “How to become a US Citizenship” and “Family based immigration.”

Note: For information on applying for a child, check this link. For the spouse this other.

People who gain access to USRAP through Form I-730 are interviewed by consular officials from the Department of State or DHS. The objective is to examine any restrictions applicable to admissibility and status.

Note: Unlike the third priority process, Form I-730 does not allow the relative in the U.S. to petition parents.

Can I work if I become a refugee in America?

Yes, as a refugee you can work from the moment you arrive in the USA. With your admission you will receive Form I-94 with an admission stamp and your employment authorization will be processed through I-765 to receive your EAD.

While waiting for your employment authorization, you can submit I-94 as proof of work permit in the USA.

If you return to the country from which you fled, you will have to explain how you were able to return safely.

Apply for permanent residence as a refugee

When you are admitted as a refugee in America you must apply for a Green Card one year after coming to the USA. To do this you must file Form I-485. This is free of charge for refugees, nor should you pay biometric data fees.

In our article ” how to obtain the Green Card” you have extensive information about the process.

At Lluis Law, our lawyers have been serving immigrants and helping with all kinds of procedures for more than 40 years. If you need to carry out a refuge process in the United States or have any questions about it, call us.

We are Latino lawyers who speak english and spanish. Legal issues are complex and require experienced lawyers with deep knowledge of the law. Any error may result in the denial of your request. Don’t let that happen. Contact us today.

What is Advance Parole