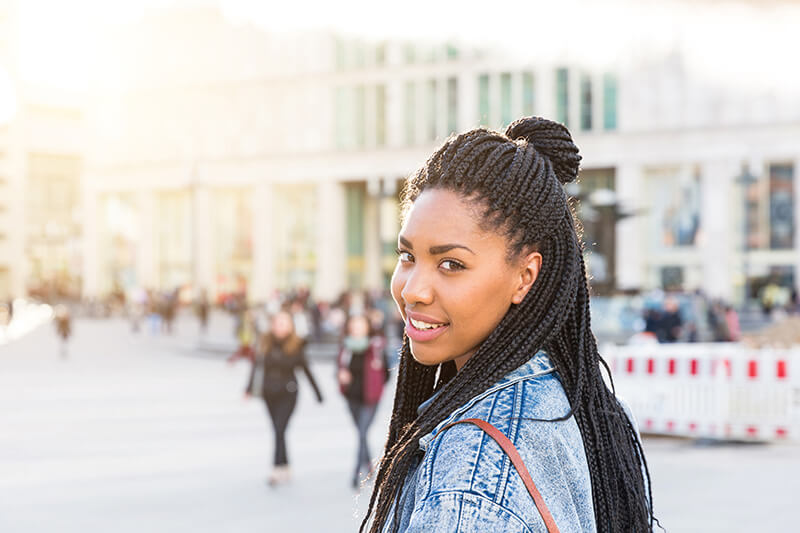 If you are in the United States and are eligible for Special Immigrant Juvenile Status, we can offer you legal representation. For over 40 years, Lluis Law’s skilled immigration attorneys have helped hundreds of young people.

Underage with Young Special Immigrant Status (SIJS) who reside in the US can obtain the Green card. This is possible through adjustment of status even if they have entered without authorization or have an illegal presence.

As a family-run law firm, we are aware that undocumented immigrant children represent an extremely vulnerable population that needs legal support. Especially when they have had to go through foster care or have been involved in removal proceedings.

What does the special immigrant juvenile status mean?

The Special Immigrant Juvenile Status (SIJS) classification is a remedy offered by the US immigration system. The SIJ youth visa was created by the US Congress in 1990 for the protection of vulnerable underage and children.

It is available to undocumented young people under the age of 21, victims of abuse, neglect or abandonment by one or both parents.

To apply for SIJS, it is necessary to take steps through a state juvenile court. While applicants for other types of immigration remedies must proceed only via a California immigration court .

Young people applying for SIJS must face a state court judge that recommends the procedure. After applying for the SIJ order to the California court, the judge assesses the child’s situation and determines if appropriate.

If the court approves, children can apply for SIJS from the Citizenship and Immigration Service (USCIS). This is done through Form I-360, Petition for Amerasian, Widower (a), or Special Immigrant.

When he meets the requirements, the kid receives the SIJ classification. This will allow him to seek adjustment of status to that of Legal Permanent Resident.

Who qualifies for SIJS?

The conditions to qualify for SIJ status are:

If you are 17 years old and qualify for SIJ status, contact any of our immigration attorneys. There are certain cases where California courts have difficulty issuing these types of orders.

After turning 18, undocumented youth can begin this process that only benefits the applicant. In other words, immigration benefits are only for undocumented underage. Even if there is a good relationship with one of the parents.

What qualifies as neglect behaviour or abuse?

California courts establish the classification of abuse or neglect behaviour according to the following criteria:

What benefits does the youth visa have?

The Petition for Amerasian, Widow (er), or Special Immigrant I-360, allows the classification of an immigrant foreigner as:

How do I apply for Special Immigrant Juvenile Status?

There are 2 steps needed to request SIJS:

What happens after I file the SIJS application with USCIS?

After reviewing the application, the USCIS officer assigns you a priority date. The officer has the authority to approve or deny your request. Likewise, you can request the presentation of more evidence before making a final decision.

When the SIJS application is approved the next step is indicated on the priority date. This will determine when the underage can send the application for the Permanent Residence Card.

If you or someone you love requires the help of a Los Angeles immigration attorney, we can help. We are experts in all matters related to obtaining SIJ youth visas. Call now and we can answer any questions you have about your immigration status.

As immigration lawyers specializing in immigration deportations we specialize in defending immigrants against removal procedures.

For more than four decades we have represented and defended the Latino community and immigrants of other nationalities.

Below we give answer to many of the frequent questions about the SIJS.

Parole is the authority of the Secretary of the Department of Homeland Security to allow a person to enter the United States for urgent humanitarian reasons or for significant public benefit. It is not the same as “admission” to the United States. Admission to the USA involves going to a port of entry, being inspected, and allowing you to legally enter the US.

Probation for SIJ classified children is humanitarian in nature. This means that even if a child is an inadmissible alien, he or she may be allowed to enter the United States for temporary period due to an urgent emergency. It cannot be used to circumvent normal visa procedures or avoid delays in the visa issuance process. It cannot be used either to immigrate to the United States.

In our article ” What is advance parole ” we cover the topic in depth.

How can the immigration process begin?

The child or the state agency can file a petition for Immigrant Special Amerasian, widower (Form I-360). This form will allow the child to be classified as a SIJ. Once this form is submitted, the child is treated as “on parole” in the United States.

The child, then, or a state or federal agency, on behalf of the child, will file an application to Register Permanent Residence or Adjust Status (Form I-485). While USCIS is discussing whether to allow the child to become a lawful permanent resident, the child is considered “parole” in the United States.

The Form I-360 seeking a classification of the child as SIJ must be filed while the child is not yet married and under the age of 21. If the child filed Form I-360 before their 21st birthday, Form I-485 can be filed even after the child has already turned 21. These two forms can also be filed simultaneously.

A child’s application for SIJ status will be automatically denied or revoked when:

These are two different requests and applications. It may be that Form I-360 is approved and the child is classified as a SIJ status. However, this only means that the child is free to file an application for adjustment of their status to that of a legal permanent resident.

All applicants for adjustment of status to that of a legal permanent resident should not suffer any of the bars for adjustment. As a SIJ state, the United States government does not apply some adjustment restrictions. The exception is the terrorism-related ban.

If a child who has been classified as SIJ status is found to have participated in terrorist activities, the child will be prohibited from obtaining lawful permanent resident status and will be denied their Form I-485.

If both Form I-360 and Form I-485 are approved, can the SIJ still be considered inadmissible to enter the United States?

There are grounds of inadmissibility that are considered waived. The reason why the child has become a public charge is not applicable because the child obtains SIJ status precisely because he or she is already in foster care or in court custody. The lack of a labor certification does not apply to the child either. The child is still supposed to be in foster care. The fact that the child entered the US illegally (Without having been admitted or inspected) does not apply either because the filing of Form I-360 and Form I-485 are considered “in parole”.

There are grounds of inadmissibility that can be removed by requesting a specific exemption from SIJ. An example is when the child suffers from an infectious disease or when the child abused a student visa F-1.

There are grounds of inadmissibility that cannot be waived. The child will be inadmissible if he is convicted of crimes involving moral depravity, multiple crimes, or convicted of trafficking in controlled substances. Also if the child was found to have participated in terrorist activities or any act of torture, extrajudicial murder or genocide.

What if the child was previously declared a juvenile delinquent?

Findings or orders of a court that finds the child a juvenile delinquent are not considered criminal convictions. However, these findings may be a factor in considering whether the child should receive SIJ status. A child must disclose all the arrests and charges brought against him when filing Form I-485 (adjustment of status).

Will the SIJ candidate continue to be interviewed for the issuance of a visa?

What happens if Form I-485 is rejected?

The child will receive written notification of the reasons for the denial of the adjustment of status request. The latter may not appeal the denial, but may file a motion for reconsideration if it considers that the denial did not consider the documents submitted. The child may also file a motion to reopen if there is new evidence to support the adjustment of status request. Or, the child can simply reapply to the Immigration Court.

If you need help filing a Form I-360 or a Form I-485, our competent and helpful attorneys at Lluis Law are available.

In the EB-4 visa of Fourth Preference, the Special Immigrant Juvenile Status visa is a complex issue. Hopefully this article has been helpful to you. If you have not found an answer to your questions, our Los Angeles immigration lawyers can help you. With 50 years of combined experience we are prepared to solve any immigration matter.