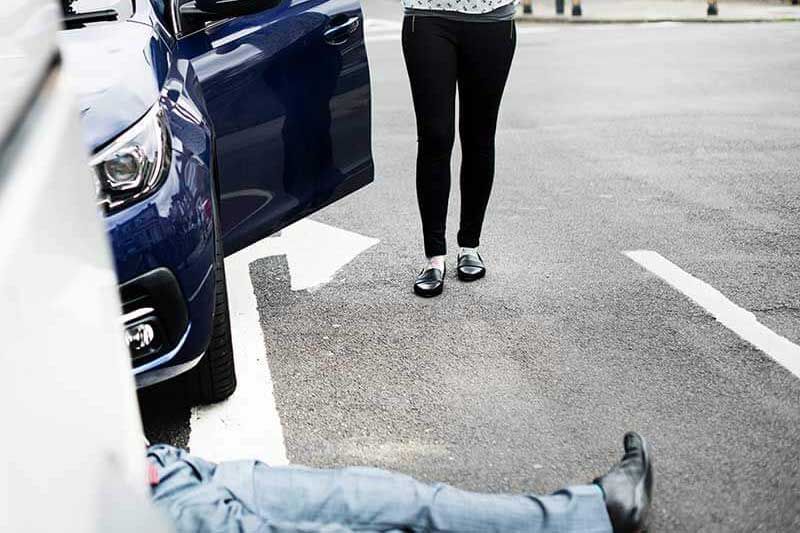 Have you been charged with vehicular manslaughter in California? Then the Los Angeles car accident lawyers at Lluis Law can help.

We have over 40 years of legal practice defending people accused of this and other automobile crimes. Call now for a no-obligation consultation where we’ll review your case and tell you what options are available.

What Is Considered Vehicular manslaughter In California In 2022?

California Penal Code section 192c defines vehicular manslaughter as any event caused by a negligent driver that results in the death of another person. Although illegal, the driver acts without malice with no express intent to cause harm.

For this reason, it is not considered criminal conduct but rather “grossly negligent” action. On the other hand, when a person drives a motor vehicle and acts with intention and malice to cause damage, it becomes a murder.

In some states vehicular homicide is defined as causing the death of another person while operating a vehicle in a grossly negligent manner. Gross negligence is also called “criminal negligence” or “culpable negligence” and involves more egregious conduct than ordinary negligence.

In our article “Pedestrian hit by car” you will find out what compensation the family is entitled to.

Types Of Vehicular Manslaughter in California

The three possible qualifications of vehicular manslaughter under California law are as follows:

The prosecutor must demonstrate the following elements of conviction:

As a misdemeanor, the prosecution must prove that the defendant committed an act considered to be an infraction or misdemeanor. Or that they committed a legal act that could have resulted in the death of another person.

When the act is classified as a felony and results in the death of another person, you could be charged with vehicular manslaughter. But it could also qualify as murder under murder laws in California.

What Is Gross Negligence?

This imputation implies that there was more than carelessness, inattention, or common sense. To prove gross negligence the prosecution must establish that:

To do this, the prosecutor must prove that it was gross negligence that caused the death of the other person. So the victim died as a result of their actions.

When death is caused by a factor other than the defendant’s negligent conduct, there is no element of causation. Although the prosecutor can allege that there were other additional elements that also contributed to causing the death.

During the trial, the following considerations should be taken into account:

Vehicular Manslaughter As A Misdemeanor in California

To prove this crime, the prosecutor needs to demonstrate the following elements:

Ordinary Negligence: Occurs when a driver breaches their duty of care to other drivers and pedestrians. The law requires drivers to possess a valid license, drive carefully, obey traffic regulations, and drive safely.

Gross Negligence : Intentionally putting the life and property of others at risk while driving.

For example, driving down a highway at 80 mph where only 30 mph is allowed is probably negligence. But doing it on a highway where it is allowed by clear travel lanes does not constitute a violation of the regulations.

To prove this crime, the prosecutor must establish the following elements:

If found guilty, the driver can be convicted of vehicular manslaughter in California.

Some of the charges related to vehicular manslaughter but distinct are:

How Is Vehicular Manslaughter Penalized?

As a wobbler crime, it can be prosecuted as a felony or a misdemeanor. Other additional charges depend on the circumstances of the event and the defendant’s criminal history.

Penalty As A Misdemeanor

Penalty As A Felony

Vehicular manslaughter with ordinary negligence as well as gross negligence can be prosecuted as a felony or misdemeanor. However, the more serious offense, in contrast with the less serious one, would be presented as a felony.

If during the trial it is determined that the crime was committed for profit, it will be filed as a felony. There will be added the fine of $10,000 and a term of imprisonment in a state prison of four to ten years.

Depending on the circumstances of the act, the vehicular manslaughter charge in California may be accompanied by a driver’s license suspension.

Individuals who are convicted of vehicular manslaughter with gross negligence or for profit purposes lose the privilege of driving.

The sanction usually extends up to three years. If you make the mistake of driving on a suspended license in California, the sanctioned driver could be convicted under this crime (VC-14601).

What Is The Maximum Sentence For Vehicular Manslaughter In California?

The sentence established by the court will depend on the circumstances of the accident. Likewise, when there are related crimes, vehicular homicide will be punished with penalties in addition to those normally established.

What Happens If After The Fatal Accident I Leave The Scene?

When, in addition to vehicular manslaughter, the defendant flees the scene of the accident (hit-and-run), the penalty increases. Typically, up to five years in prison are added to the sentence.

Check out our section on Los Angeles hit and run attorney. Remember that it is also considered a crime in California to drive without insurance and cause an accident.

Possible Defenses To This Charge

Each case proposes a different defense strategy. However, some of the most frequent possible defenses in these cases are:

The Driver Did Not Act Negligently

Sometimes quick decisions must be made that can result in sudden movements and cause an accident. But beyond a reasonable doubt, the prosecutor must prove negligence.

Making an incorrect decision does not necessarily have to be considered negligent conduct. For example, avoiding an obstacle on the road.

There Was Ordinary Negligence But Not Gross Negligence

Although there will be penalties, this defense helps to reduce the charges. It can help get you off the felony vehicular manslaughter charge and be charged only with involuntary manslaughter. An experienced criminal attorney can prove that the driver did not act with gross negligence.

Although it is admitted that the driver acted with negligence, there were other elements that caused the death of the victim. For example, the victim died of a heart attack after the collision.

Another is that at the time of changing lanes the other driver was carelessly looking back.

If the collision was not the direct cause of the person’s death, the charges may be dismissed or reduced.

The Accident Occurred In The Middle Of An Emergency

There are emergencies that arise suddenly while driving. For example, getting a flat tire on the highway and moving from the fast lane to the shoulder of the road. Also run out of brakes and try to slow down the vehicle in some way.

As in any emergency, we act in the most appropriate way that is considered. Beyond that things do not turn out as expected.

Making difficult decisions overwhelmed by circumstances cannot be charged as negligence, regardless of the results.

The Driver Was Wrongly Accused

Witnesses who testify in these cases can be mistaken and mistakenly identify a driver.

The Defendant’s Rights Were Violated

There are other resources that criminal lawyers use in these cases. It is possible to show that the defendant’s rights were violated during their arrest or through confiscation of property.

An experienced car accident attorney may be able to invoke other mitigating elements during trial. They can even negotiate probation with the prosecutor or exchange prison time for community service.

How To Get Death compensation After A Traffic Accident?

California law allows family members of victims to claim compensation for a fatal hit-and-run. By filing a wrongful death claim or lawsuit, it is possible to recover certain available damages.

Personal injury law recognizes wrongful death as a category of homicide. It is called wrongful death when a person dies because of another person or entity’s negligence or misconduct.

If a family member of yours was killed in a car accident, our lawyers can help you claim compensation for death in a traffic accident.

What To Do In The Event Of A Vehicular Homicide?

At the Lluis Law firm, our lawyers always advise acting sensibly and trying to calm down as much as possible to think clearly. If you have an accident and someone is fatally injured:

What are My Chances During A Vehicular Manslaughter Trial in California?

Facts and a proper defense are decisive for a judge or jury to find a person guilty or not guilty. In other cases, certain benefits may be achieved when there are extenuating circumstances.

So the preparation of an adequate defense strategy is key to have a greater chance of success in this kind of trial.

The defendant’s criminal record is very important as well. If you have a clean court record, your chances of getting parole are higher. On the other hand, if the imputed crime constitutes a strike, it will be more difficult to avoid jail.

On our website you will find a topic entirely dedicated to clearing criminal records from your history. Feel free to review it and contact us to let us know your legal needs.

The attorneys at Lluis Law have over 50 years of combined experience working in the California courts. We have helped hundreds of people accused of this crime to regain their freedom by protecting their constitutional rights.

In the private consultation we study each case in depth and draw up a successful defense strategy. A vehicular manslaughter charge can turn a person’s life upside down.

What Else Can A Vehicular Homicide Attorney Do To Defend Me?

There are several timely attorney actions that can help a client charged with this crime, including:

What Is California Pure Comparative Negligence?

It is an extremely important legal concept that every driver must understand. Pure comparative negligence is used to determine the possible shared responsibility of two or more drivers in an accident.

This system is used to award damages to victims of a car accident. So the defendant is only liable for damages based on their percentage of fault.

Likewise, in case of death, comparative negligence can serve as a mitigating factor for the establishment of the penalty.

Call us now or visit our office. We will help you better understand your legal situation and see to it that you have the best Los Angeles vehicular homicide attorneys at your service.

Driving on a suspended license in California