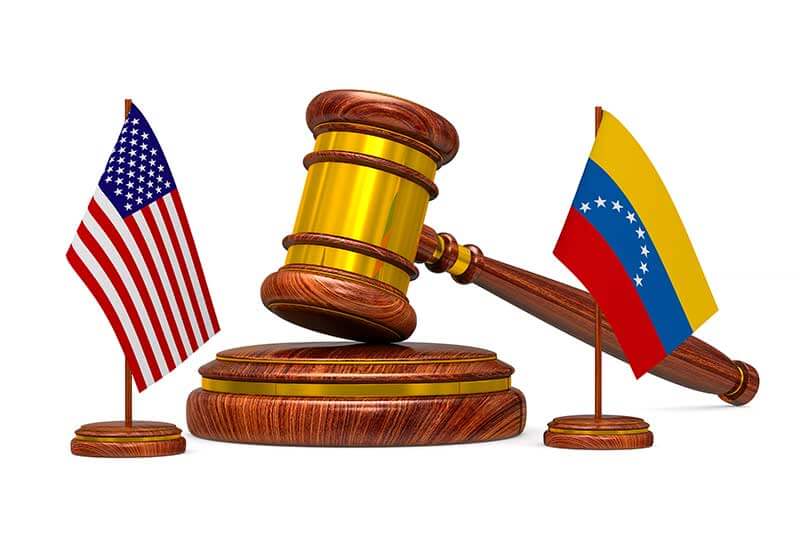 Several groups of residents in the United States are promoting the project of the Venezuelan Adjustment Act. This legal instrument will allow Venezuelans to apply for permanent residence more quickly, regardless of their immigration status.

If you have questions about this or any other issue, our immigration lawyers in Los Angeles can help you. Call us and request a professional consultation without obligation to analyze your case and discuss your options.

If the Adjustment Law for Venezuelans is approved, which is being promoted by several congressmen in Washington, all Venezuelans present in the country as of December 31, 2021, could opt for permanent residence.

From that date, one year and one day of continuous physical presence in the US would begin to count. That would be the essential requirement to apply for adjustment of status towards permanent residence.

Who Qualifies For Permanent Residence According To The Venezuelan Adjustment Act?

The bill indicates which Venezuelans could qualify to obtain permanent residence if the law is approved.

Note: Remember that this is just a bill, the content of which could be changed in Congress during discussions.

The now Venezuelan Adjustment Bill was assigned the number HR 7854, during the legislative session. This means an important advance for the thousands of Venezuelans who hope to see their dreams come true this year.

“We have already granted Temporary Protected Status to help hundreds of thousands of Venezuelan refugees in Florida and across the country. Permanent legal status is the next logical step for the Venezuelan community here to have greater stability and pursue the American dream.”

For her part, Congresswoman Debbie Wasserman pointed out that:

“The Venezuelan Adjustment Act will provide security and peace of mind to tens of thousands of Venezuelans who have fled a totalitarian and murderous regime. This legislation would open the door for those who qualify to become lawful permanent residents. In this way, Venezuelans residing in the United States will be able to improve their working conditions and not fear a return to a dictatorial regime.”

How Can The Approval Of The Bill Be Supported?

The organizers are asking Venezuelans residing in the United States and people of other nationalities to express in writing their willingness to support the bill before the Senate, the House of Representatives and the White House.

To do this, they ask American citizens and permanent residents of any nationality to do the following:

Where To Sign For The Approval Of The Venezuelan Adjustment Act

The proposal can be signed by anyone over the age of 18 living in the US regardless of their country of origin. The promoters of the initiative clarify that those who sign will not lose their immigration status because it is a petition of a humanitarian nature.

The proposal is available on the website leydeprogramavenezolano.org. More than 100,000 people have registered to sign the document in support of the bill that could be discussed this year by the full Congress.

Keep in mind that resorting to illegal migration is not the best route. In our blog we have talked about an illegal reentry after deportation and in another blog we have also discussed the consequences of unlawful presence in the US.

Which Are The Next Steps?

The President has the constitutional power to veto the law or make changes and send it back to Congress.

Although the Venezuelan proposal is inspired by the Cuban Adjustment Act and appeals to existing jurisprudence in this regard in the US, there is an important difference in both legal instruments.

Mildred Rodríguez, director of the organization My Voice Counts, Comunidad Venezuela, which promotes the proposal, explains:

“That way we are not encouraging irregular immigration,”

Although both legal instruments argue for similar reasons of a political, social and economic nature, there are differences in context as well.

Do you know what withholding of removal is? In the link we explain it in detail.

What Are The Chances Of The Venezuelan Adjustment Act Being Approved?

Although they are aware that it will not be easy to pass the legislative test, due to the current debate on the increasing immigration. Even more so at a time when political polarization has deepened.

The director of WOLA for Venezuela, Geoff Ramsey, sees the approval of the legal instrument this year as very difficult:

“The proposal to create a route, a path to residency is very important, but I don’t think it will be very successful in Congress. The truth is that the political debate in the United States is quite hostile to migration and, unfortunately, I do not see much political interest in that measure, although it is absolutely essential.

What Happens If The Venezuelan Adjustment Proposal Is Not Approved?

Its promoters say they will not give up if the bill is rejected by Congress. They announce that it will be submitted again as many times as necessary until the goal of regularizing Venezuelan residents of the US is achieved.

How Many Venezuelans Live In The United States?

According to Pew Research Center statistics , based on the US Census Bureau’s American Community Survey, as of 2017 there were around 421,000 Hispanics of Venezuelan origin living in the country.

Now Venezuelans are joining caravans of Central American migrants trying to cross the border from Mexico. All of these people seeking to cross the Rio Grande upon arrival ask for asylum in the United States .

What Is The Current Condition In Venezuela?

Among the arguments cited to request the approval of the Venezuelan Adjustment Act is the current situation.

Among The Poorest Countries In Latin America

If you are living in the United States and need advice on the Venezuelan Adjustment Act or any other immigration matter, call us. We will gladly arrange a professional consultation for you.

For more than 40 years we have helped Hispanic immigrants obtain a Green Card to later become American citizens.

Asylum in the USA