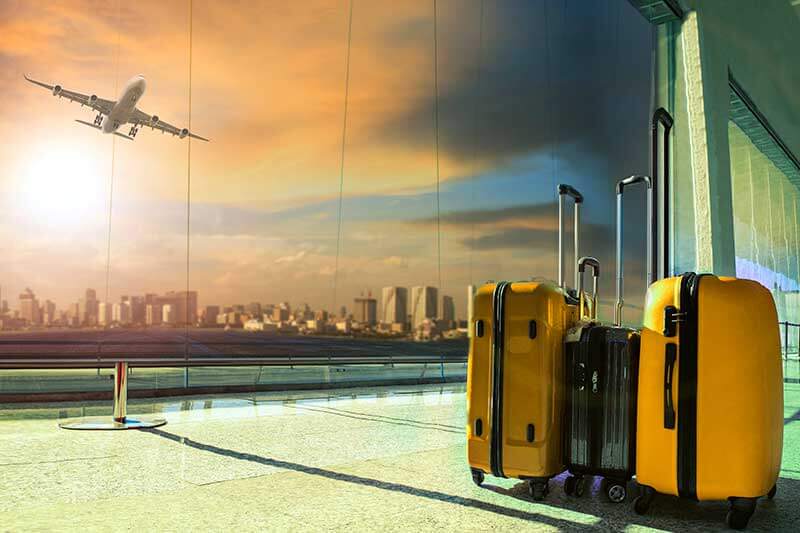 Immigrants facing deportation proceedings can opt for voluntary departure from the United States. Likewise, foreigners at the time of being arrested by officers of the Immigration and Customs Control Service (ICE) .

The Los Angeles immigration attorneys at Lluis Law can guide you through this entire process. Call now and book an appointment with us to explain your options and how Immigration Law can help you.

What is a voluntary departure from the United States

It is basically an agreement between the US government and the illegal migrant to leave the country. The foreigner must do so within the established deadline and bear his / her exit expenses. In exchange, no deportation order is issued against him.

Voluntary departure, as the name implies, is a resource that the illegal immigrant can ultimately use. When the deportation process is imminent, the foreigner has the opportunity to leave the country on his own.

When making the commitment with the immigration authorities to leave the United States, the foreigner does it by his own means. That is, you pay your ticket back to the country of origin and all the expenses involved in the departure process.

However, before deciding to do so, it is wise to speak with a knowledgeable immigration attorney. He will be able to tell you if there is any immigration relief available that allows you to stay like:

When should I request voluntary departure?

There are four situations or moments in which it is feasible to request this immigration permit:

Requirements to obtain voluntary departure from the United States

The request for voluntary departure must be made expressly to the immigration judge or the Department of Homeland Security (DHS) . If you do it before a judge, you can make the request the same day as the hearing.

To request this permit the person must meet certain eligibility requirements:

To meet this last requirement, you will need letters of recommendation from family, friends, co-workers, and community members.

The procedure for the voluntary migration permit does not require filling out any forms, as indicated by the Department of Justice .

With the help of your lawyer, you should prepare a package containing documents to present to the Court. Such documents must be presented in an orderly manner:

Exhibit A: Links with family and friends in the US:

Exhibit B: Residence in the US:

Exhibit C: Evidence of deprivation of liberty if detained and in deportation proceedings.

Test D: Evidence of service and contributions to the community:

Exhibit E: Evidence of rehabilitation for those with a criminal record:

It is recommended to make two photocopies of the package you present. The original is filed with the court, one of the copies is for the prosecutor and the other for the applicant.

The judge’s package must expressly say To the Immigration Court “To immigration court.” While the envelope with the copy for the prosecutor must bear the inscription To ICE Litigation “A litigio de ICE”.

What factors does the judge take into account to grant this permission?

The immigration judge will consider among other elements:

What is the deadline to comply with voluntary departure?

After DHS receives the request, the migrant has 120 days to leave the country.

Difference between voluntary departure and deportation

Fundamentally, the difference is in the way the illegal immigrant leaves the US Deportation or removal is the forcible departure from US territory ordered by an immigration judge.

On the other hand, voluntary departure from the United States takes place when it is the foreigner himself who requests permission to leave the country.

Can all foreigners with an illegal presence request voluntary departure?

Not always. When the person has been charged with a criminal offense and the judge accepts the charges, they are not eligible if:

Who pays the costs of leaving the US?

All applicants for voluntary departure from the United States must pay their return expenses to their country of origin. The federal administration does not cover any expenses related to travel, as if it does in deportation proceedings.

How to request voluntary departure from DHS?

The Department of Homeland Security allows undocumented aliens living in the United States to voluntarily leave the country. Departure must be made prior to a specific date set by DHS.

To verify that they have left the US voluntarily, the interested party must go to the US embassy in their country. Once there, an officer will give you the “Verification of Exit” form (G-146 or I-210).

To request an appointment at the embassy or consulate of your country, you must access the Appointment System of the Department of State. When entering, choose the option “Notarial request and other services not listed above”.

Advantages and disadvantages of voluntary departure

Before making this decision, better consult with your immigration attorney. Remember that voluntary departure from the United States is the last resort to be used when everyone else fails.

Consequences of being arrested and deported upon arrival in the US

If the arrest occurs at any land, air or sea port of entry and then you are expelled from the country, the law establishes different types of sanctions.

Currently, ICE is even empowered by law to carry out immediate deportations of foreigners without the need for a trial.

The penalties for violations of the Immigration Law are the following:

Unless the alien obtains an immigration waiver of inadmissibility and DHS authorizes his return to the country.

Consequences of being arrested and deported while in the US

If the arrest occurs after the immigrant is already in the US and is later expelled, there are other sanctions:

Consequences of voluntary departure from the U.S. After Illegal Staying

Foreigners will receive a 3-year ban on returning to the US if:

But if these people receive a voluntary discharge issued by the immigration judge, the sanction does not apply.

People who leave the country voluntarily and comply with the 3 or 10 year sanctions can then apply again to enter the US The procedure to do so is through a resource called Advance Parole .

Consequences of voluntarily leaving the U.S. after staying illegally for more than a year

The punishment of ten years is imposed when the foreigner:

When is a voluntary departure order automatically terminated?

Automatic revocation of this immigration permit can occur in three specific situations:

To do this, you must agree to leave the country in 25 days and agree not to return. Additionally, you must provide evidence of departure and show that you have not returned to the country.

When the person leaves the US within 30 days of applying for the permit and shows that they left, it is generally also considered a voluntary departure and not a repatriation or expulsion.

How is the procedure in Court?

During the preliminary hearing (Master Calendar Hearing), the migrant can request voluntary departure.

It is likely that after hearing the arguments and evaluating the evidence, the judge will decide in that same act. As long as the prosecutor does not oppose the request.

Otherwise, the judge must evaluate the prosecutor’s arguments and deny or grant the petition. For the judge to deny the request it does not require that the migrant has committed an aggravated crime.

An accumulation of crimes in the criminal record could be enough to deny the request.

When this situation arises in court, the judge asks the migrant:

When he chooses the second option, the migrant will remain in detention until the new hearing. On the other hand, if you choose the first option, you agree that you cannot ask again for voluntary departure from the US There, the case ends.

Helpful tips in presence of the Judge

What happens if the migrant fails to comply with voluntary departure?

Failure to comply with the commitment to leave the United States on the date stipulated by the immigration judge, carries new sanctions:

These sanctions will be ordered by the judge, regardless of whether it was not your fault that you did not leave the United States.

Can immigrants married with children and living in the US for many years also be expelled?

Yes. Even if the spouse and children are US citizens, the immigrant can be deported. The only people the law prevents from expelling are US citizens.

Can you avoid deportation and not remain in detention during the process?

Migrants with an experienced immigration attorney have a greater chance of succeeding.

People who are eligible for the various existing immigration reliefs – mentioned above – can try. You can also get out of prison on bail to continue fighting the case on probation.

For example, family petitions are especially helpful in these circumstances. Our immigration attorneys have managed to prevent the deportation of hundreds of Hispanic and non-Hispanic immigrants.

A particularly useful resource in this case is the immigration bond (Voluntary Departure Bond).

If you need to clarify more questions about voluntary departure from the United States, contact us now. Our attorneys are available to defend you and obtain the best result for you and your family.

What is TPS in USA