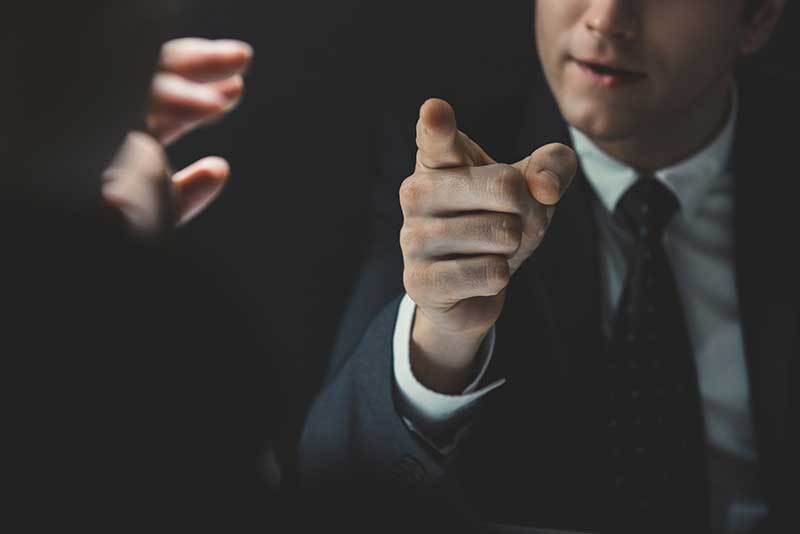 In this blog we explain in detail what assault is, a violent crime that is severely punished in California. Assault is the intentional attempt to cause physical harm or threaten injury to another person.

Our violent crime lawyers at Lluis Law are experts in these cases. We have over 50 years of combined legal practice always striving to obtain favorable results for our clients.

If you have been charged with an assault charge or any other violent crime, request a private consultation.

What Is The crime of Assault In California

Assault is considered a misdemeanor along with physical assault, per California Penal Code § § 240.

There are elements and mitigating circumstances that a good violent crimes attorney will need to invoke during trial. This way, if the clients are found guilty, they could be charged with a misdemeanor at trial.

What Is Simple Assault

An example of what simple assault is in California is throwing a punch at another person during a personal fight. Even if the hit misses, the intention was to hit the other person, who must be located at a certain distance.

Although the words themselves do not constitute assault, the intention to materialize a threat is a crime. That is, accompanying verbal aggression with the intention of hitting or harming a third party.

In establishing the charge of assault, the seriousness of the crime, its punishment and the identity of the victim is very important.

When the assault is against law enforcement officers and certain public officials, the crime is aggravated. Especially when it is emergency services personnel working on the street and the defendant is aware of it.

The law includes among others:

Some examples of simple assaults considered “wobblers” and prosecuted as misdemeanors or felonies are assaulting a:

Elements That Constitute The Crime Of Assault

The defendant’s willful conduct is required to establish the crime of assault. A person could feel attacked by another, although in reality the accused had no intention of attacking or threatening them.

The simple accidental action does not constitute a crime. To convict a defendant in an assault trial under PC 240, it must be proven that:

You may be interested in filing a complain for criminal threats in California. You have extensive information on how to do it in our blog dedicated to the subject.

Penalty For Assault In California

California Penal Code § 240 establishes prison sentences and fines for this crime. A person convicted of simple assault could face the following penalties:

When the aggression is against a health worker or a public official, the aggravated sanctions include:

The Court may substitute probation for a prison sentence as a sanction for the crime of assault. It can also occur when the convicted person has served part of the sentence in jail.

This means that the person convicted of assault must make restitution to the victim for the damages caused by the crime. For example, psychological treatment (consultations and medicines), emotional damage.

Such restitution of damages could be fixed by the court with the payment of between $150 to $1000. As long as the person has been prosecuted for a misdemeanor. When it is classified as a felony, the amount to be paid to the victim can range from $300 to $10,000.

Restitution is almost always part of the penalty set by the court in these cases.

Some people without knowing they are committing a crime could face a charge of assault at any time. Individuals do not necessarily have to be wounded or injured for the crime to be constituted.

A good criminal defense attorney can help an assault defendant get these charges dropped or reduced. Some of the legal defenses that our violent crimes attorneys invoke are these:

Do you know what the Law of Recidivism or California 3 strikes law is ? In the link you will find everything you need to know about this important topic.

Other Crimes Related To Assault

The California Penal Code includes other crimes that can be punished as assault or appear linked. These are:

The attempted murder charge is not included, because this crime in California requires “specific intent”. In other words, it must be proven that the defendant not only intended to harm the other person but also to kill them.

Difference Between Assault And Battery In California

Both crimes are often confused because one often leads to the other. However, they are criminally charged and prosecuted separately.

Frequently Asked Questions About The Crime Of Assault

Below we give answers to many of the frequent questions that we receive in the office. If you have your own questions to ask, do not hesitate to contact us.

What Happens If I’m Accused Of Assault While Defending Myself?

This is one of the forms of defense that the assault crime lawyer can invoke. Acting in legitimate defense is accepted by almost all criminal laws in the world.

In this case, either in self-defense or in defense of another person who is attacked by a third party. However, the acceptance of this defense resource will depend on the argumentation capacity and the evidence submitted by the defense.

The California Penal Code provides that a person may reasonably use force in self-defense.

Can I Defend Myself Against The Crime Of Assault Alleging That The Prosecutor named A Wrong Crime When Accusing Me?

The prosecutor is free to qualify the crime of aggression under which an individual is accused. It can be for a misdemeanor or a felony, due to being a “wobbler”, or for a similar crime. Only that they must prove the crime under the aforementioned elements.

We are not saying with this that the prosecutor cannot be wrong when establishing and qualifying the crime. For example, to commit the crime of battery, assault is required, but not the other way around. Therefore, the prosecutor could be wrong.

Can Individuals Who Throw Objects At A Moving Car Be Charged With Assault?

As stated above, throwing objects or substances at moving motor vehicles is a crime. Unless the object was thrown without the intention of hitting the vehicle or its occupants.

For example, throwing a stone while walking on a road and hitting a vehicle that suddenly appeared.

This crime is defined in Vehicle Code 23110 and California Penal Code Section 240.

Do you know how murder laws work in California? This is another of the violent crimes severely punished in the state.

Can I Be Convicted Of Assault For Using An Unloaded Gun?

The extenuating circumstances of the fact will be assessed by the judge. The way in which the weapon involved in the crime was used. If the gun pointed at the victim was unloaded, the defense attorney may have a convincing argument.

You can argue that even though it frightened the victim, the defendant had no ability to actually harm the victim. Unless he also tried to hit the victim with the unloaded gun.

What Happens If I Am Accused Of Assaulting A Person But It Was Accidental?

The prosecutor must show that the defendant intended to assault the alleged victim. Although the doctrine does not say if the person who was attacked was the target.

Accidentally assaulting or injuring another person can be a complex case to solve. For this reason, it is advisable to consult a violent crimes lawyer to offer insights into the possible defense.

If The Alleged Victim Is A Family Member, Can I Also Be Charged With Assault?

Definitely yes. Any family member can be charged with this crime. Under the California Penal Code a person could face assault charges regardless of who the victim is. That is, husband / wife, friend or stranger.

Additionally, the prosecutor could accuse the perpetrator of battery and domestic violence. Both crimes are much more serious.

The benefits of hiring a lawyer are multiple in these cases. Our criminal lawyers in Los Angeles help their clients better understand the content of California assault laws.

Being involved in an assault charge carries serious consequences for anyone. Seeking help and legal representation from knowledgeable and capable assault attorneys is crucial to getting these charges cleared or reduced.

The best-trained criminal attorneys provide their clients with timely responses, protection, and effective defense strategies. A good defense can get the client to preserve freedom by having the judge dismiss the charges.

If not, the charges may be reduced or changed. It is also possible to clean the criminal record, after serving the sentence, depending on the type of crime charged.

Now you know what assault is, if you or a loved one has been charged with the crime, give us a call with confidence. We will do our best to help you resolve your case and seek the best possible defense for you.