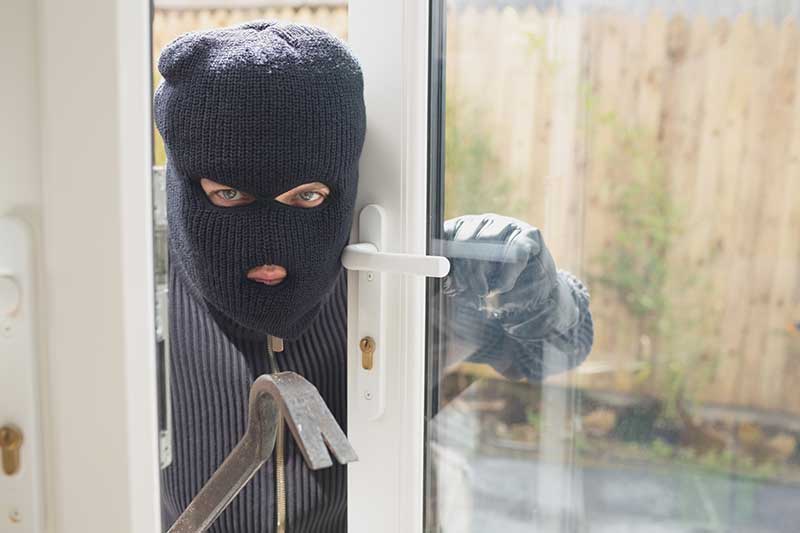 Looking for information that tells you what is burglary? You are in the correct place. This crime is included inside the property crimes in California.

The theft lawyers at Lluis Law in Los Angeles have vast experience dealing with the crime of burglary. We have defended hundreds of individuals accused of this crime with successful results.

Call right now for a professional consultation with any of our attorneys. We have been managing these cases for more than 40 years with favorable results for our clients.

What Is The Crime Of burglary?

US states define the crime of burglary differently. However, the essence of the crime is to enter someone else’s property and without permission to commit a crime inside.

Note: “Property” is just the term we use for short. Actually, it can refer to a house, room, apartment, dwelling, store, warehouse, barn, stable and many other places.

Burglary does not necessarily mean entering by force, what is punished is the act of entering someone else’s home without permission with the intention of committing a crime inside.

Differences Between 1st And 2nd Degree Burglary In California

California Penal Code Section 459 makes burglary a felony or misdemeanor. It is the crime committed when entering a building with the intention of committing grand or petty theft or any other serious crime.

It also defines the crime in two different degrees:

Type Of Properties including Burglary

When speaking of residential or commercial structure, Penal Code 459 refers to:

The type of conviction and its severity will depend on the imputed burglary charge, according to the structure violated. Without the need to prove that there was or wasn’t, theft or other crime, after trespassing without permission the property with the intention of committing a crime.

Each state has its own laws to punish the crime of burglary, so there may be big differences between one and the other.

In general, the penalties for trespassing include:

Depending on the circumstances, the condition and the value of what was stolen, the punishments can be more than 20 years in prison.

If the court orders the return of the property, the defendant must compensate the victims for their losses (repair, return or replace).

If the conditions established by the court are not met, the person could return to prison and serve the original sentence. In such a case, the convicted person must periodically report to court and file a report with their parole officer.

If the person was convicted of drug offenses as well, they will likely need to undergo narcotics testing and home registration.

Burglary in the first degree (residential) in California is always considered a felony. Possible consequences include a sentence in state prison for one of the following periods:

Note: This charge also counts as a “strike” under California’s “3 strikes” law.

The second degree (commercial) burglary is what is known as a “wobbler” in legal terms. That is, it can be punished as a felony or misdemeanor and entails:

Examples Of Burglary In California

What are the characteristics of The Crime Of Burglary?

Laws previously associated burglary only with the use of violence. For example, entering the home of another person at night and forcibly seizing a valuable object.

Nowadays, the concept is much broader and it is considered that it is enough to enter a property to commit the crime. Regardless of the time of day it is done and whether or not the asset is extracted. Only the intention to steal counts.

Use Of Force / Threats

Another example is threatening another person with a knife or firearm and taking their wallet on the street. While in burglary, the mere entry into the property is already an invasion and implies the intention to steal or commit another crime.

To learn more about the crime of robbery in California click on the link. You may also be interested in knowing how to report criminal threats.

A person caught loitering on property with intent to enter carrying skeleton keys, crowbars, picks, screwdrivers, pliers, or any other tool to break into or enter a home, store, or vehicle may be prosecuted for this crime.

Possession of tools to steal is punishable in California as a misdemeanor. The penalty is up to six months in prison and a $1,000 fine, according to California Penal Code Section 466.

Trespassing on and remaining on property is also considered a crime in California. For this crime, the law contemplates penalties of up to six months in prison and a fine not exceeding $1,000.

When the person enters without permission, while the owner or resident is present, they incur in an aggravated crime. Example: breaking into a neighbor’s bedroom while they are sleeping in their bed.

Aggravated trespassing is punishable by one year in the county jail and a $1,000 fine. Additionally, the judge may issue a restraining order against the convicted person, pursuant to California Penal Code Section 602.5.

Differences Between Robbery And Burglary

To understand the nature of both crimes, it is convenient to know the differences between one and the other legal concept.

This crime consists of illegally taking something of value directly from another person. It is characterized by:

Many states define it slightly differently than robbery.

Differences Between Shoplifting And Burglary

Penal Code 459.5 PC differentiates both crimes. Shoplifting occurs when a person enters an open commercial store with the intent to steal property worth $950 or less .

While robbery occurs when the person tries to steal merchandise worth more than $950.

The person is guilty of the crime as soon as they enter a property with the intention of committing a robbery or other crime. This is established by California CP 459 and it is not a requirement that the defendant has been able to successfully commit the crime.

The defendant may submit a legal defense to the burglary charge by claiming that they did not intend to commit a crime. Despite the above, the intent to commit a robbery or other crime once inside is something our attorneys can fight for your defense.

Facing a California burglary crime can carry penalties of many years in prison and strong fines. A proper defense for this type of crime requires extensive knowledge of the law and experience.

As criminal lawyers in Los Angeles, we have a successful record of California court proceedings. Over the course of 50 years, we have managed to reduce or dismiss burglary charges in their various categories.

Some of the cases that we deal with in our usual practice include (but are not limited to):

If you have been charged with burglary or any other criminal offense, please contact us. We are happy to offer you a professional consultation and answer all your questions about the legal process you are facing.

Difference between robbery and theft