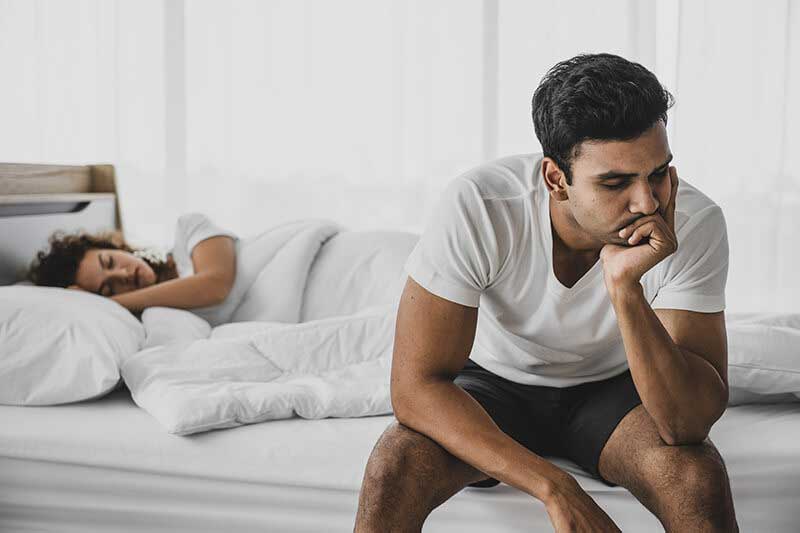 Indefinite suspension or withholding of removal is very similar to the figure of asylum in the USA in several respects. Although it has greater restrictions and the standard of proof for this form of relief is more demanding.

The Los Angeles immigration laywers at Lluis Law have 50 years of combined experience dealing with these matters. If you are considering applying for withholding of removal, please speak to us first. We offer you a consultation to review your case without obligation.

According to the United Nations Convention relating to the Status of Refugees, it implies the “non-refoulement” of an alien. Therefore, the government cannot return the applicant to their country of origin on humanitarian grounds.

This immigration resource helps individuals threatened with deportation or who fear being detained by immigration officials.

Even when they are already in the custody of the Immigration and Customs Enforcement Service (ICE) and the Customs and Border Protection agency (CBP).

Eligibility For Withholding Of Removal

Those who qualify for withholding of removal are individuals who fear for their life or liberty. In this sense, they must demonstrate one of the following:

As established by Title 8 of the United States Code of Laws (USC) Section 1231(b)(3). Instead, the probability of future persecution standard for asylum is at least 10%.

As you can see, the standard for withholding of removal represents an alternative form of relief. Especially for those who fear being persecuted in their respective country of origin.

Withholding Of Removal And Its Relation To Asylum

The withholding of removal and the asylum application are usually filed simultaneously. It differs from asylum because the former only grants the applicant the right not to be expelled to another country. Besides:

In that case, you could request another alternative path to asylum such as protection based on the Convention Against Torture (CAT).

You may be interested in reading our article on cancellation of removal. A term often confused with the one that concerns us in this article.

How To Apply For Withholding Of Removal In 2023

Those who have previously violated immigration law can benefit from this relief. The law allows reinstatement of the previous removal order for individuals accused of entering the country illegally.

If the person is detained by immigration officials and fears being persecuted or tortured in their country, they can apply for this form of relief. Both the withholding of removal requirements and the procedure are similar to those of asylum since it is done through the same Form I-589, application for asylum and suspension of removal.

To avoid mistakes during the process, it is convenient to have professional and expert legal help. The advice of a good immigration lawyer is key in these cases.

Process For Requesting Withholding Of Removal

Differences Between Asylum And Withholding Of Removal

Withholding of removal has different elements than asylum, such as:

However, it has a similarity to asylum law. If the aliens shows that they suffered persecution in the past, they can benefit from the presumption of future credible fear.

As with asylum, the federal government can cancel this benefit at any time.

When the conditions that gave rise to the relief cease, the Department of Homeland Security (DHS) may reopen the case.

What Happens When You Get Withholding Of Removal

The benefits of this relief are more limited than those of asylum. After the withholding of removal is granted:

Who Are Not Eligible For Withholding Of Removal

There are certain asylum and withholding of removal prohibitions that preclude eligibility barriers for these forms of relief, which include those:

How Does Having Committed A Serious Crime Affect The Process?

Conviction of an aggravated felony will not automatically prevent removal. Unless the applicant has received a sentence of 5 years or more, either imposed or suspended.

Some crimes not categorized as aggravated felonies may also bar a person from withholding of removal. It is enough that they are determined to be particularly serious. For this, the court takes into consideration several elements:

Barriers that might prevent asylum are not necessarily prevented from being granted withholding or CAT protection.

You may be interested in discovering what are considered deportable offenses in the United States.

Why Is It More Difficult To Get Withholding Of Removal Than Asylum?

Proving eligibility for withholding of removal is more difficult than for asylum because:

What Is The Convention Against Torture (CAT)?

This is another alternative form of relief to applying for withholding of removal and asylum. Individuals under the Convention Against Torture (CAT) request it because they fear returning to their country for:

Consent means that the government does nothing to stop torture and cruel treatment.

Note: Torture is understood as any act by which severe pain or suffering is intentionally inflicted on another. It can be physical or mental abuse.

Applicants for CAT protection must show that they are very likely to be tortured:

Furthermore, the torture must be committed directly by, or at the encouragement and/or knowledge of, a government official or by someone acting on behalf of the government.

Who Does Not Qualify For CAT?

The barriers or prohibitions to granting withholding of removal under CAT are various and include:

However, it is not enough to be accused of a particularly serious crime to prohibit this immigration relief. The alien must have been convicted of the crime.

Instead, SNCs are considered less serious crimes than PSCs. But it does not require that the person has been convicted of this type of crime for the application of the bar.

Although, it requires that there is probable cause based on facts that incriminate the defendant to apply this prohibition.

What Is The Difference Between The CAT Immigration Benefit, Asylum And Withholding Of Removal?

It differs from asylum and withholding of removal because the applicant for CAT protection:

The request for protection under the Convention Against Torture is also made through Form I-589. The process is free.

What If I Qualify For More Than One Form Of Relief?

If you are eligible for more than one of these three forms of relief, USCIS will grant the one that benefits you the most. For example, if you qualify for asylum and CAT protection, then you are granted asylum.

In any case, it is a good idea to consult with a certified immigration attorney to explore other available options. At Lluis Law we always recommend our clients not settle for a single immigration relief.

Those who are already physically present in the US and plan to apply for asylum should apply for the three available reliefs.

What Do I Do If My Previous Application For Withholding Of Removal Or Asylum Was Denied?

When an application for asylum or withholding of removal is denied by the immigration judge or the BIA it cannot be reapplied.

Then, upon issuance of a deportation order, the immigrant can be immediately detained and deported from the US. It means that they won’t have the opportunity to defend themselves before an immigration judge.

However, the individual still has the possibility to request the reopening of their case. To do this they must show that there are new circumstances that allow their eligibility for asylum or withholding of removal.

What Is A Motion To Reopen The Case?

All decisions made by an immigration judge or the BIA are subject to being reopened or reconsidered.

The motion to reopen the case seeks to have the immigration court rehear the case and reconsider its decision. Thus, the immigrant, with the help of their lawyer, can submit new arguments to stay in the US legally.

This petition is used if the immigrant was previously deported but did not leave the country. Even if you returned to the US illegally but believe you meet the conditions to apply for a Green Card.

How To Reopen An Immigration Case

To reopen a case, your attorney must file the petition in the same court that issued the sentence. The lawyer weighs the emergence of new conditions or favorable circumstances for the immigrant such as:

This type of petition is very appropriate when your attorney determines that there is an error in:

A motion to reopen can lead to a stay of removal. To learn more about this topic and the Board of Immigration Appeals (BIA), read our blog dedicated to immigration appeals.

Am I Eligible For Release On Bail In A Removal Proceeding?

Aliens in ICE detention are not allowed a hearing with a judge to ask for their release. The agency considers people facing removal proceedings ineligible for immigration bonds.

Therefore, they must remain in mandatory detention. That explains why some aliens spend months or years in detention centers. With the help of a lawyer, their situation would surely have been different.

How Difficult Is It To Get Withholding Of Removal?

Although it is a difficult process and statistics reveal that very few people make it, it is possible when the necessary evidence is gathered and competent legal representation is available.

Reports indicate that in 2016 only 3% of immigrants detained without representation were able to request some type of immigration relief.

While 32% of those detained with a lawyer were able to do so. On the other hand, 14% of those in ICE custody were able to hire an attorney. Against 66% of people who carried out immigration procedures in freedom.

It is not uncommon to conclude that 1 in 5 detained immigrants benefited from immigration relief. In contrast to just 2 in 100 who defended themselves without the help of a lawyer.

Withholding Of Removal And Transfer To Third Countries

While this is a possibility in the hands of ICE, it is not generally used. Statistics from 2017 indicate that only 21 aliens were transferred to safe third countries, after receiving this benefit.

Annually, the courts receive between 70,000 and 80,000 cases of asylum seekers. In 2019, a total of 213,000 individuals applied for asylum in the United States. Those who fail the USCIS test are sent to immigration court to prove “credible fear.”

When they do not qualify for asylum, those individuals are put into removal proceedings. Then they can apply for withholding of removal but no longer asylum, because it was previously denied.

Can I Adjust My Status With a Withholding of Removal?

Can an individual be deported with withholding of removal?

You may have read or heard about an individual deported under this immigration relief in the immigration news. The reality is that even if they get withholding of removal, they could still be deported to a safe third country.

Can I Travel Outside the US With a Withholding of Removal?

Under a withholding of removal, individuals cannot leave the country. However, if not placed under a removal hold, refugee (and asylee) individuals can apply for a travel document and be able to leave the US.

What Is Considered A Credible Fear Of Persecution?

Credible fear of persecution is the significant possibility that you can prove to an immigration judge that you are persecuted or have a justified fear that if you are returned to your home country you will be persecuted.

Obtaining withholding of removal could help you if you are facing removal proceedings. If you want to apply, talk to us. We offer you effective representation before the Immigration Court in Los Angeles..

With over 50 years of combined experience helping immigrants, we can be with you through any process. We will help you throughout this application process and attend the hearings with the judge with you.

Contact us today so that we can start checking your particular scenario and determine your situation.

What happens if you overstay your US visa