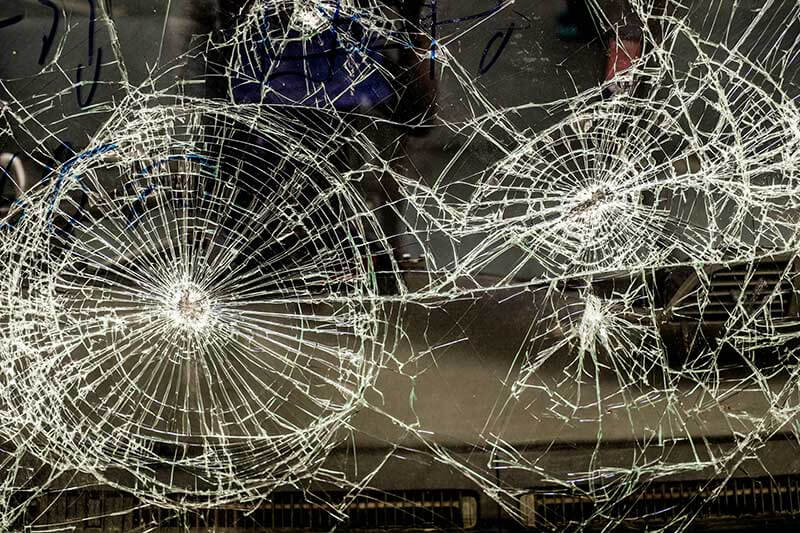 Lluis Law Los Angeles injury lawyers can help you get compensation for death in a car accident. The loss of a loved one due to the negligent drive of another person is a very painful and often complicated fact to deal with.

For over 40 years we have successfully represented the heirs of the victims facing insurance companies and courts. We fight alongside surviving family members to obtain car accident compensation in California.

Through claims or lawsuits for wrongful death against insurance companies or individuals, we help recover damages.

Many of the car accidents that occur daily in Los Angeles are caused by negligent or reckless drivers. Most of these accidents could be avoided if all drivers assume a responsible behavior in the streets and roads.

However, this is not the case, and the number of deaths due to negligence in car accidents remains high. Despite the efforts made by California to try to reduce them in recent years.

California law allows victims’ families to claim compensation for fatal outrage. By filing a claim for wrongful death, it is possible to recover certain available damages.

The personal injury law recognizes wrongful death as a category of homicide. The term “wrongful death” refers to the death of person dies due to the negligent of someone else.

While it is not a deliberate action – because then it would be a murder – unjust death is punishable by law. However, trying to get compensation for death in a car accident is not easy. The reason is that in cases of wrongful death, the compensation amounts are higher.

Although it is not a simple job, an experienced car accident lawyer in Los Angeles can do it. Based on their legal knowledge and expertise.

To calculate your compensation for death in a traffic accident in 2022 please contact us. On the internet you will find many time wasting online calculators and automatic systems. We believe that the best calculator is personalized attention to your case.

There are two ways to obtain compensation in cases of wrongful death for the victim’s family members. These are:

Differences between the claim for wrongful death and that of damages based on survival.

Both types of lawsuits have their differences. Therefore, it is necessary for the family to understand what each one consists of when attempting any civil action.

The wrongful death lawsuit can be filed at any time with the help of a personal injury lawyer. In contrast, the action for survival only if the victim survives the injuries for a while and then dies.

This does not mean that unjust death or survival are exclusive actions of one another. Both could be presented in parallel, according to the circumstances of the event.

Either way, serves to take civil action for wrongful death or survival. Although it is also possible to take a criminal action for murder if intentionality is suspected.

The difference basically between one and the other is who pays. When the wrongful death is due to negligence (civil nature), the insurance of the responsible party is the one who pays the damages. While in a criminal action, it is directly payed by the person who caused them.

In case of becoming a murder does the insurance company pay?

No. When it is determined that it was an intentional act such as murder, insurance companies do not pay. However, the personal injury lawyer and the victim’s family members may consider the most appropriate option.

In this case it would be an action for death or survival for a wrongful death. If the defendant owns large fortune assets. If convicted, the defendant must pay the sentence with his own estate. An example of such cases was that of OJ Simpson.

Who can file an action for wrongful death or survival?

The right of a relative to claim compensation is associated with his relationship with the deceased. Generally it is the spouse or children who can file a wrongful death lawsuit. Although, according to the line of succession, it can be extended to any other family member in the absence of these, unless there is a will.

Claims for wrongful deaths can only be based on death due to negligence. This means that all family members or persons entitled to collect compensation can participate in the lawsuit. If a family member waives that right, they must do so by express request for dismissal and ordered by the court.

Survival actions, on the other hand, can only be filed by a person previously appointed by a probate court. That person will act as administrator of the deceased’s estate (executor).

This procedure is established with the purpose of safeguarding the deceased’s assets. Since the damages recovered in the demand for survival action undertaken, they are considered the property of the victim.

The assets together with the compensation belonging to the deceased will be distributed according to the estate left by him. Failing that, it can be distributed in accordance with the provisions of the California inheritance laws.

Normally, the administrator of the deceased’s estate, in addition to taking action for wrongful death, distributes the existing assets.

When must an action be filed for wrongful death or survival?

Compensation for death in a traffic accident must carry a set of well-planned actions. The most advisable thing is to do it in the shortest possible time, after the person dies is to avoid complications in the case. As more time goes by to file the lawsuit, inconveniences may arise because the case cools down. Therefore the person responsible for the accident or your insurance company will have less pressure to try to resolve the case.

On the other hand, it becomes more difficult to obtain evidence or, there is a risk that this is lost. Often the witnesses also disappear or forget valuable details of the accident.

So the faster it is done, the better. It is true that the family does not have the time or disposition to deal personally with filing a lawsuit. But Los Angeles car crash attorneys representing the family can deal with it.

The California Statute of Limitations establishes two years to file a negligence lawsuit. Although it seems to be a long time, during this period other events may occur that hinder any civil action.

If this is not done within the established period, the relatives of the deceased lose the right to file a survival claim.

What damages can be recovered in a case of wrongful death or survival?

California laws in this regard allows the families of the victims to recover all damages considered “fair.” Except those that can be recovered through survival action.

For fair damages, the law recognizes:

Regarding the survival action, the law allows recovering all damages that could have accumulated if the victim had lived. Except damages for pain and suffering, disfigurement, mutilation and others.

Damages in survival action include:

People die in different types of car accidents. Sadly most are caused by the drivers’ imprudence when driving. Among the main causes we find:

Driving through the streets and highways of Los Angeles can be dangerous because of the aggressiveness many drivers show. Some drive recklessly at speeding or under the influence of alcohol and drugs. Learn more about the topic in our article about DUI Lawyers.

The numbers of people killed in car accidents in California in recent years are worrisome. In 2013 only, more than 3,000 accidents involving deaths occurred in the state. Of which, 630 accidents correspond only to Los Angeles County.

In our section for questions about car accidents you can learn more about other issues related to death compensation in traffic accidents. Also if you wish you can call for a free consultation or visit us at our Los Angeles offices.