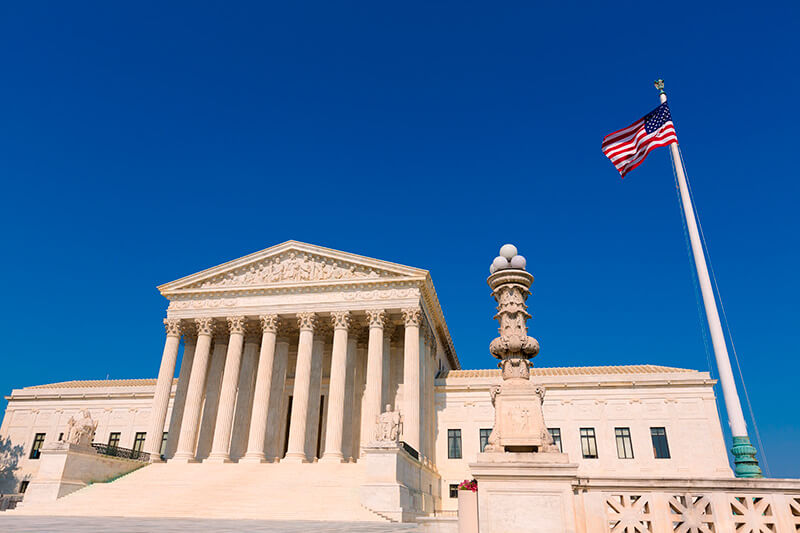 Despite the imprecision of the concept, the public charge rule has been applied in the United States since 1882. For more than a hundred years, the test of inadmissibility to enter the country has been based on “public charge”. The then US Congress coined the term to give the government a legal instrument justifying the denial of a green card.

In this sense, the request of any person who “may become a public charge at some point”, would be rejected. Although at no time was it defined what the legislator was referring to when invoking the concept of “public charge”.

Immigration lawyers in Los Angeles at Lluis Law are specialists in California Public Charge Law. We study and act in cases of public charge in naturalization processes, Green Card applications, among other immigration matters.

Under such criteria, based on updating the public charge, this migratory principle can be demonstrated by:

Under the new public charge rule, such social benefits constitute a reason for inadmissibility of a person in the United States. Either to apply for any type of visa or to request adjustment of status to that of legal permanent resident.

What benefits are exempt from being considered public charge?

Not all social benefits are considered as public charges for immigration purposes. Only the social programs mentioned above count. This means that not all public benefits automatically disqualify a person to obtain a Green Card.

The use of such benefits by other family members should also not be considered. The public charge test is focused only on the applicant, if he will use public programs in the future. Regardless of whether they are programs and social benefits financed with public funds.

The following programs are not considered public charge:

Such principles and criteria of inadmissibility are exposed in the INA (Immigration and Nationality Law). The INA is the framework law on immigration matters and in Section 212 (a) (4) the INA establishes that:

“To determine whether a foreigner is excludable in accordance with this paragraph, the consular officer or the Attorney General must consider, at least, (I) the age of the foreigner, (II) health, (III) family status, (IV) property , resources, and financial status; and (V) education and skills. . . “

The text of the law adds that:

“Self-sufficiency has been a basic tenet of United States immigration law since the first immigration statutes of this country.”

U.S. immigration policy continues to consider not admitting foreigners who depend on their public resources. Rather, it encourages them to be individuals whose workforce makes them self-sufficient and productive. In other words, the satisfaction of their needs depends on their own capacities and resources of family members and private sponsors.

Another principle of U.S. immigration policy is that public benefits do not constitute “an incentive for immigration.” This explains its particular and complicated visa system, whose function is to become a migratory filter.

Why was the Green card not denied due to public charge?

So far, and for these reasons, very little public charge has been applied for permanent residents. The two main reasons why this policy has not been used is because:

In this sense, the family sponsor is required to have sufficient income. Minimum income must be $ 21,137 USD annually for couples without children. That is, 125% of what the Federal Poverty Guidelines establish.

For this reason, the migratory obstacle of “public burden” has been avoided by the majority of immigrants.

The new public charge law of the federal government is considered as the most restrictive measure for legal immigration. Its objective is to reduce to the minimum possible the number of people who qualify to receive the Green Card. What’s more, even any other type of visa for the United States.

The redefinition and expansion of the concept of public charge is not a simple academic-legal discussion. In practice, it represents a powerful filter that will radically change the country’s immigration policy in the coming years. The new DHS and U.S. Department of State regulations establish a new framework for “public charge.”

For the current administration, the concept of public charge is much broader. It covers foreigners who receive, or are likely to receive, one or more specific public benefits for more than 12 months. Everything within a 36-month period, in which receiving two social benefits will count as two months.

Despite being a long-standing policy, the public charge rule until now had not considered new aspects. For example, health care, nutrition programs, and other social benefits (food stamps, cash and more).

The final public charge rule now means “public benefit.” Includes cash assistance and long-term care programs. At the same time, it orders immigration officials to consider other factors in deciding who may become a public charge.

Although the public charge rule modification was to take effect on October 15, 2019, it was postponed. The courts delayed its implementation, but finally on February 24, 2020 the new DHS rule went into effect.

Additionally and at the same time, the State Department (DOS) also approved to implement its own new rule. Both regulations for public charge regulation require the use of new forms. In these forms or public charge questionnaires, the criteria for determining it are contained.

Foreigners intending to apply for the Permanent Residence Card should first consult an experienced immigration attorney. Those who qualify for a Green Card may be affected by the new public charge law in the United States.

In addition to the use of public benefits, there are other obstacles for applicants for permanent residence in the United States. The new immigration law under public charge has limited legal impact on green card applications. Most immigrants seeking a Green Card do not have access to public benefits.

Other times, it is because they belong to an immigrant visa category that is exempt from public charge. The biggest problem, perhaps, is when considering factors related to the applicant’s low income.

Donald Trump’s public charge law is likely to pose challenges for new immigrant families arriving to the U.S. Especially for those who still have pending immigration procedures. Although people who applied for adjustment of status before February 24, 2020 would not be affected.

However, if you have already filed for a green card adjustment of status you should necessarily seek legal advice. The same situation occurs for those who think that they may be affected by the public charge for citizens. Although the new public charge law in the USA cannot be applied retroactively.

In contrast, consular interviews after February 24, 2020, will be subject to the new DOS rule. However, the new public charge regulation will not penalize foreigners who have used public benefits before this date. For example, Medicaid, SNAP and Section 8 housing.

Who is affected by the new public charge rule?

Non-citizens who apply to be admitted to the United States or a Green Card are subject to public charge. Unless applicants fall into certain categories with public charge exemptions that we explain later.

The public charge rule for USCIS primarily affects applicants for the Permanent Residence Card. Mainly, to those who apply for family based immigration, through adjustment of status.

Similarly, the rule affects those who apply for immigrant visas and green cards through consular processing.

Who is exempt from public charge?

For example, cancellation of removal in immigration court and asylum. Among other forms of immigration relief for which proof of public charge is not required.

Immigrants who are exempt from the public charge for inadmissibility include:

The current public charge policy does not affect either:

When does the Public Charge Law take effect?

The effective date of the public charge as grounds for inadmissibility was February 24, 2020. After the United States Supreme Court agreed to lift the judicial blockade that weighed on the rule, USCIS made the announcement.

Its application is for the entire country, including the state of Illinois where it was initially suspended. But then the top court ruling on February 21 allowed the Illinois public charge rule to temporarily go into effect.

Public charge law is currently applied in the USA to determine economic self-sufficiency. The rule applies to all requests for immigration benefits sent by hand or electronically.

Does the public charge apply for green card holders?

Yes. To the holders of permanent residence cards, the public charge rule also applies in some cases. For example:

Public charge and immigration: How does someone decide if you are a public charge?

The statute states that the immigration officer must consider several factors, taking into account all of the applicant’s circumstances. As of January 3, 2018, consulates were instructed in this regard. In addition to the affidavit of support that the petitioner must make of the foreign relative.

While the affidavit of support is still a requirement for making certain adjustments, this is not enough now. Under the new rules, the immigration officer and judges must discuss other aspects mentioned below:

1. Totality of the circumstances test

Judges must now consider certain factors such as the person’s age, family status, health, resources, and assets. In addition to the financial status, the applicant’s education and skills.

Applicants for green card holders, under the new rule, must file Form I-944, Declaration of Self-Support. This is added to the other factors for visa denial for public charge reasons or if it is approved.

This second test applies only to immigrants who are applied for through a family visa petition. Sometimes also for certain employment-based visa petitions.

The alien needs to demonstrate that a sponsor with sufficient income or assets can support it. Income must be 125% minimum, according to federal poverty income guidelines.

Such requirement can be fulfilled by the applicant, presenting two affidavits of support from family sponsors.

Does being a public charge automatically make me deportable?

It is not like this. Both permanent residents and other foreigners are subject to being deportable in certain circumstances. One of them is if the non-citizen becomes a public charge in the following five years after his last entry.

Unless the person can prove that he became a public charge for good cause. For example, if a person becomes disabled as a result of an injury in a workplace accident.

That person will receive workers’ compensation and social security benefits and become a public charge. However, it is not deportable because its condition is fully justified.

So far, very few immigrants have been prosecuted or expelled from the country for this type of deportation. The jurisprudence establishes three prerequisites for a person to be removed under the public charge rule:

1) It is a benefit program offered by the state or public entity in which the beneficiary must make a refund.

2) The government must demand reimbursement.

3) The immigrant refuses to pay the cost or refund required by the government.

In that sense, a residence card holder is not likely to have this type of problem. On the other hand, there is also no public charge for the naturalization procedure.

Although the broadening of the definition of public charge is always a source of uncertainty for many immigrants.

No matter how difficult your problem is, at Lluis Law we can always offer you a solution. We have over 40 years experience in helping latino immigrants and from all nationalities achieve their American dream.

If ICE agents show up at your door

Can you become a US citizen without speaking English