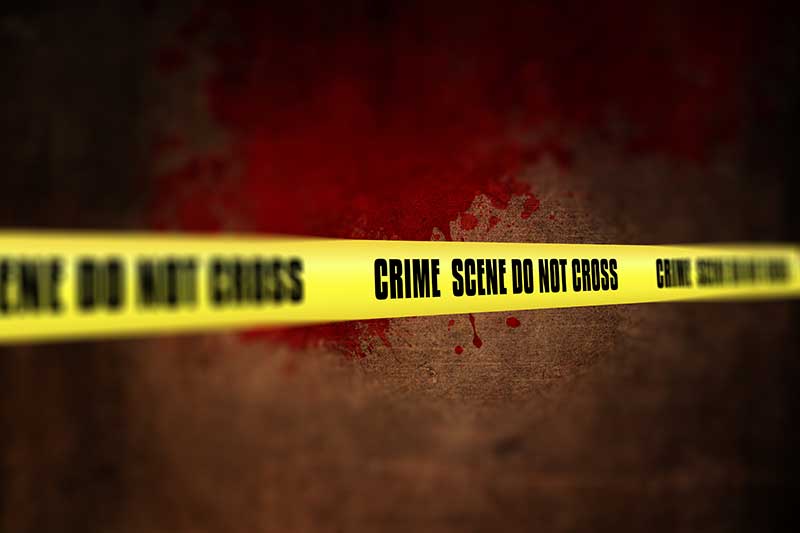 The statute governing the California murder laws is Penal Code 187 PC. It is defined as “the illegal murder of a human being or a fetus with premeditated malice.”

It is another one of the violent crimes typified in federal and state laws. In this article, we analyze the different criminal charges for homicide and the penalties. We also expose some available defenses.

If you were charged with murder, give us a call and we can explain California murder laws and your options. Over more than 40 years we have represented hundreds of defendants with favorable results.

Murder laws in California in detail for 2022

The murder charge is a serious crime that can carry very long prison terms and even a sentence to death. A defendant under the crime of murder requires the help of a criminal lawyer to adequately face the charge.

Homicide is one of the most serious crimes in criminal law. So a conviction for this crime will surely change a person’s life. Proper defense requires experience and in-depth knowledge of the law.

The California murder law reform came into effect on January 1, 2019. It was passed in State Senate Bill 1437.

It changes the circumstances under which a person can be convicted of first-degree murder.

A person may be criminally charged under this law, depending on the circumstances of the act. Death by murder is prosecuted in court as:

Other known types of homicide are:

Changes to the murder laws in California

Previously, a person could be convicted of first-degree murder without the element of intent to kill. In such a way that many were prosecuted for this crime without at least the attempted murder being proven.

And even worse, that the person was not even aware that a murder had occurred.

After September 30, 2018, the prosecution of this crime changed. The criminal murder rule reform – SB 1437 was enacted by California Governor Jerry Brown.

A person will be charged with murder only if it is determined that:

Since then wrongful or accidental homicides cannot be prosecuted as felony murder. Except if the victim is a serving officer.

This crime is configured while the offender is committing another felony. For example, breaking into a house to steal money and shooting the owner.

Robbery in this case is the felony while the action of shooting and killing the owner is murder. For the defense of the accused, it cannot be argued that he did not intend to kill him.

The serious murder rule can be applied to first and second degree murders. Previously, the law established that accidental deaths were murders if they occurred during a serious crime.

It also imposed responsibilities on accomplices to serious crimes. Even if they did not intend to kill or the murder did not materialize.

Based on the new rule, people convicted under the above legal premises can appeal their sentences. You could even consult your trusted attorney if you qualify to request criminal record expungement.

At Lluis Law we are specialists in erasing criminal records. Call now and we will tell you what to do.

Application of the murder rule

Felony in the first degree

The first-degree criminal murder rule applies while the following crimes are perpetrated:

The application of the second degree rule for criminal murder applies to crimes that are:

Since there is no list for inherently dangerous crimes, the courts apply this rule as appropriate.

Examples of second-degree felony murder rules are as follows:

Elements of the crime of murder

To establish and convict a person for the crime of murder in California, three elements must be proven:

Difference between murder and homicide

Both legal concepts deal with the death of a person. But they differ in that murder is premeditated, that is, planned. On the other hand, in homicide, although another person dies, there is no premeditation.

However, there is a variant for this crime known as voluntary manslaughter. This crime is constituted when someone intentionally kills another.

The classification of murder in the first or second degree requires malice that can be expressed or implied. Malice is the overt intention to kill the other person.

Malice or intention to kill is determined when:

The murderer also deliberately and consciously acted with contempt for human life.

Convictions on the murder charge

A first-degree or second-degree murder charge in California is punishable by severe prison terms.

First-degree murder is usually paid with a 25-year life sentence in a state prison.

There are five different ways to convict a defendant of first-degree murder:

An example of first-degree murder is going to a person’s house and shooting him at point-blank range. Likewise, stalking someone in a corner and then nailing a knife with malice and advantage.

First-degree murder also includes murder that carries capital punishment. Capital murder is a type of aggravated crime that is punishable by:

In what situations is capital punishment imposed?

It is applied in many different circumstances as indicated in PC 190.2. These are some of them:

California law (PC 187) punishes second-degree murder with up to 15 years in prison to life in prison. The sentence is also served in a state prison.

Second-degree murder is considered a voluntary crime, but not deliberate or premeditated. This category of crime includes all other murders other than those indicated as first degree.

Examples of second degree killings are:

Another example is a drunk driver at the wheel previously convicted of DUI, which causes a fatal accident. Or a street fight in which the accused hits his opponent and when the opponent falls hits his head fatally.

Defendants will receive additional penalties under the California Murder Laws if:

In addition, if the accused of murder was committing any of the following crimes, the penalty also increases. And you will be registered for life as a level three sex offender:

Crime is committed voluntarily and deliberately but without premeditation.

For example, a crime of passion in which the husband surprises his wife with a lover and kills him. Although the action was voluntary and deliberate, there was no premeditation.

A conviction for voluntary manslaughter carries a sentence of three, six and up to 11 years in a state prison.

Involuntary manslaughter is the act of killing another person without malice or intention. The perpetrator of the crime acts with conscious contempt for human life.

For example, acting without precaution or performing a legal act but with a high risk of death or physical injury.

In California, a involuntary manslaughter conviction is punishable by imprisonment for two to four years in a state prison.

Provoking the death of another person while driving by negligence, drunkenness, or other reason is punishable as a misdemeanor or felony. As a wobbler crime , vehicular manslaughter carries a maximum prison sentence of 10 years.

A misdemeanor is punishable by a maximum sentence of one year in prison in a state prison.

Possible defenses to a murder charge in California

Some of the defense strategies we have employed at Lluis Law with clients accused of this crime include:

By analyzing the circumstances of the fact, a good criminal lawyer can argue a convincing explanation and change the name of the crime. For example, voluntary or involuntary homicide or also justifiable homicide.

If you were charged with murder, consider that there are defense options for you. An accusation does not necessarily represent a conviction.

We are specialists in the murder laws in California. We have been successfully representing citizens and immigrants in state courts for more than four decades. Call now and request a private, no obligation consultation.